The hottest school in Boston is …Northeastern?

Article about colleges that have become increasingly selective. Northeastern’s acceptance rate should increase next year because they reduced the size of the freshman class this year by 1,000 students due to overenrollment last year, but it’s still not really a safety school.

The Hottest College in Boston Is... Northeastern?

Think your list of safety schools is foolproof? Think again. T&C introduces the 15 Alt-Ivies of 2022—and there are a few surprises.

A few random comments: the article is not wrong, but seems written for those who haven’t paid attention to college admissions for multiple decades, let alone over the last three years from test-required to test-optional. Perhaps that is appropriate for the publication T&C.

The misuse of “safety” is problematic and misleading, as none of those schools have had acceptance rates in the safety range for ages.

I suppose I also chafe at the made-up term “alt-ivy,” clearly clickbait.

Note that T&C relied on IvyWise for the core content of the article.

Oberlin’s inclusion appears to be based on an inaccurate acceptance rate (reported as 9.23%).

For Colgate, more recent admission information is available than that in the article.

The acceptance rate listed for Emory may be for Emory–Oxford. 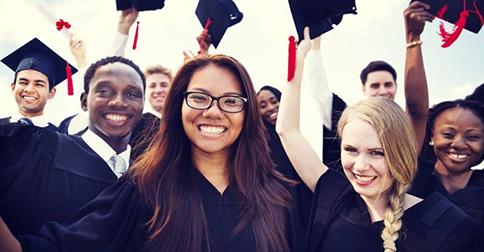 There is no standard for how colleges report admissions and much of it is a dog and pony show. For example, Northeastern accepts students into their N.U.in of NU Bound programs and these acceptances are not reported in their acceptance rate. Nor are the stats of these students included in the reported metrics.

Many colleges offer first year study abroad programs combined with or without delayed starts. Below are just a few. Boston U has the CGS program with a January start followed by a London abroad program. Students can be given that admission with no choice about it. Other colleges offer students summer start programs that are not optional, I.e. Clemson. Lots of creative admissions practices from many colleges. Northeastern had more than 90,000 applicants this admission cycle, which is more than most colleges. 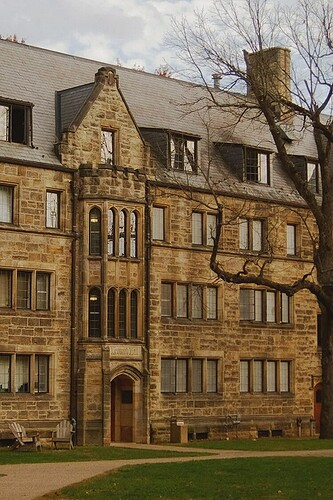 Colleges Where First-Years Can Study Abroad

If you're bursting to get out and see the world after graduation, a college with a study abroad program for incoming students might be a good choice for you. While many schools offer a robust array of study-abroad opportunities for older students, a...

Listing CMU and Swarthmore as “previously been classified as safety schools” because the acceptance rates were all the way up at 15.7% and 37.9% tells me to not bother reading the rest of this. (as if making up “alt-Ivy” wasn’t enough.)

I had to laugh at the question mark the magazine used!

The Alt-Ivies of 2022 — 15 Top US Colleges on the Rise (townandcountrymag.com)

“Seemingly out of nowhere, Northeastern has shot onto the stage, with its acceptance rate plummeting into the single digits this past year. A phenomenal blend of an urban setting with a campus feel, the university’s signature 100-year-old cooperative education (Co-op) program is as popular as ever, with students excited to get their hands in experiential learning. Northeastern has also made some splashes in the world of global education, offering one of the biggest freshman year study abroad opportunities through its N.U.in Program. Despite the large undergraduate student population, traditions abound, from packing the arena for Northeastern hockey games, to the annual Underwear Run, to the Husky Hunt, a 24-hour city-wide scavenger hunt.”

The acceptance rate is just one metric. If you look closely there are schools that accept more students with higher stats. Look around. IF a school has a lower GPA. test scores and yet has really low acceptance rates does that mean something? Why aren’t higher stats kids applying and going there.
Also many kids at many schools are now “invited” to start second semester with the first semester offered abroad. These kids didn’t apply to that program but it was offered.

There are many ways to play the numbers. IMO, larger schools that I’ve heard of doing this have been BU, NYU and Northeastern. Folks tend to get upset over rankings. IF you think NEU is for you, then go. But the hottest school in Boston is still…(not)…?

The article’s calculations appear inaccurate, their selection of colleges to be included is odd, and the term “alt-ivies” is meaningless.

There are two links to the article above.

Those links do not appear to work unless you are a subscriber.

It worked for me yesterday but not today. Not sure why. Here is a Yahoo link.

The Hottest College in Boston Is... Northeastern?

Think your list of safety schools is foolproof? Think again. T&C introduces the 15 Alt-Ivies of 2022—and there are a few surprises.

Me too. Maybe we only get 2 or 3 free accesses to articles?

A few random comments: the article is not wrong, but seems written for those who haven’t paid attention to college admissions for multiple decades, let alone over the last three years from test-required to test-optional.

You would be surprised by how many people are in this category, including many parents and some high school guidance counselors!

I can no longer see the article in Chrome, not even incognito. But, I copied the link into Edge and can see it.