Trip idea if you win the lottery? Has anyone here actually been on this trip or know someone who has?

I wonder who this is for. Even someone in the 1% (but not the 0.1%) shouldn’t spend over half-a-million on a vacation for a family of four. Which means it really should be for the 0.1%. But no one from the 0.1% would do this group tour – they can use true private planes, pay for VIP experiences at each of these places, etc., rather than slumming it with 75 people. There may be a narrow band of people who are very rich but not 0.1% (say net worths >$50M+ but <$200M) who are the audience for this.

I was thinking the same thing. And you’re right, the super rich can afford to do this kind of thing with a private jet and have the whole private VIP experience.

But my concern is that this will end up appealing to truly die hard Disney fans who really shouldn’t spend this much of their savings on this trip but will anyway. Certainly their right to do so, but it’s kind of like offering a hit to an addict.

Good point! I know a couple of die hard Disney fans, and they are well off, but they certainly don’t have the money for this kind of trip, as least as far as I know. I get it, people are free to spend their money as they see fit, but it’s really not a good idea to empty out your savings or go into debt for this kind of trip. Are there Disney fans who are wealthy enough to afford this trip? It kind of seems like super rich people aren’t super into Disney…but I’m just assuming that…

People buy more car than they really can afford. And there are a fair number of house-rich, cash poor people. Not sure this is much different. They are looking at 75 people. Maybe 20-35 family units. Don’t need many people to find value for it to work.

Yep! Lots of people live way beyond their means.

You can often put together similar (in some ways better, more tailored) trips on your own for less. But it takes time for you to do that. Benefit of this trip (and other preplanned trips) is that legwork is done for you. Some people place more value on that than other

So true! I think a lot of people like tours and package trips because it takes care of a lot of the legwork. Though there are much cheaper tours then this one.

People buy more car than they really can afford. And there are a fair number of house-rich, cash poor people. Not sure this is much different.

Most homes appreciate over time. Right now cars are appreciating in value too, but even in a normal market they depreciate over many years. The trip has no asset value the instant it’s paid for. (Not disputing the personal emotional value.) Even art often appreciates in value. If someone over spent for a luxury good (watch, purse, etc.), it would usually have resale value. If someone has a net worth of $5M, this is an instant loss of 10% of their net worth and likely a loss of $25K+ a year in appreciation income from the funds used for the trip on top of that.

Don’t get me wrong, I have no doubt Disney will fill this trip.

Various people spend money on various things that other people find to be wasteful, beyond their means, etc. Some of that spending buys/creates an asset that may or may not appreciate (or may depreciate faster than others). Some doesn’t. People will spend where they find value and won’t where they don’t. Just how it works.

I am not a Disney fan really. My kids are grown. I didn’t see it as I scanned it, but if you get VIP access at the parks then I would be interested. I just hate waiting in lines. One thing you would never do on this trip is wait in a line. We did a VIP at Universal back in '19. It was the best thing we did. It cost money but made the day so relaxing. Walked onto every ride. Got two good private meals. Then the other days we were at the parks were so relaxing because we had done all the time consuming things already. No going to the park early trying to be the first in line. Wonderful day.

Eons ago we got to do a VIP Universal tour (corporate thing). SO fun! We did everything in half a day. It was very expensive on the face of it but if you factored in time spent I could see where saving those vacation days, time, hotel days could actually make it cheaper in the long run.

I’d do a leisurely tour of Europe then Africa, then Australia and New Zealand. I’ve been to Kenya twice, but would go back in a heartbeat and would also like to visit Botswana and Namibia. I’ve only been to the UK and the Netherlands in Europe so there is much for me to see there.

I’m more interested in the outdoors than city experiences. I would focus on outdoor and countryside experiences and walkable small cities.

I would also like to have a birdwatching guide with me all along the way to maximize the birds I could add to my life list!

I have never been to Disney and neither have my kids, it’s just not something that appeals to us.

If I won the lottery, I would travel to all the places I have always wanted to visit and stay for extended period of time.

You can buy VIP access to the parks without this tour. They sell it as a regular product. The cost is variable based on anticipated crowd/demand that day. It costs $450-850/hour with a 7 hour minimum and that covers a party up to 10 people (it’s not per-person). It does not include your regular admission cost. For World – which has more parks and is more spread out than the other locations – that also includes unlimited use of their private vans to whisk you from park to park o demand ad they have various backstage points around each park to have the van meet and drop you to shorten the walk (and save time).

Actually, the VIP version you buy a la carte is better than this $110K tour because you control the itinerary more than the group experience.

This tour – and almost everything else – would not be beyond the means of people in that asset range.

This tour – and almost everything else – would not be beyond the means of people in that asset range.

Various people spend money on various things that other people find to be wasteful, beyond their means, etc. Some of that spending buys/creates an asset that may or may not appreciate (or may depreciate faster than others). Some doesn’t. People will spend where they find value and won’t where they don’t. Just how it works.

True, but even if I loved Disney I wouldn’t spend my money on this trip. I can’t afford it. I do spend money on things I value, but I keep it within my means.

But again, different people find more/less value with respect to the same things. And have more/less ability to afford such things. But there aren’t necessarily bright/objective lines in terms of being able to afford something and keeping within your means.

Trip sold out before being offered to the general public. Needed to have gone on at least one other Disney Adventures trip previously. 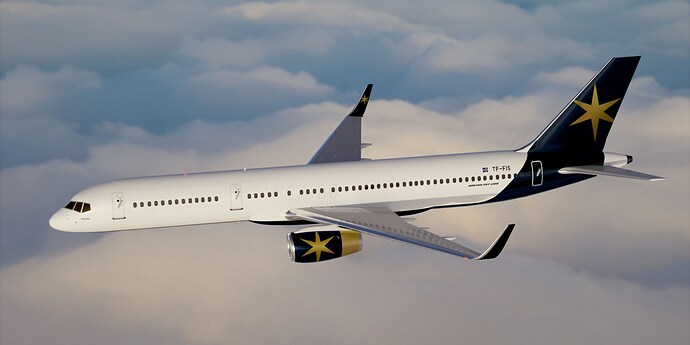