UChicago student killed in Hyde Park was first victim in shooting spree that...

The 30-year-old was killed in a parking garage on South East End Avenue.

It was a terrible tragedy, but as not to scare any parents or students applying to U-Chicago, it was completely unrelated to U-Chicago and was a completely random killing spree that went on here and throughout the city and into Evanston. The murderer had a history of DV and other issues. There were many victims all in the wrong place at the wrong time.

Candlelight remembrance for Yiran Fan. Both Provost Lee and Professor Lars Hansen choked up in their eulogies. What a senseless murder, 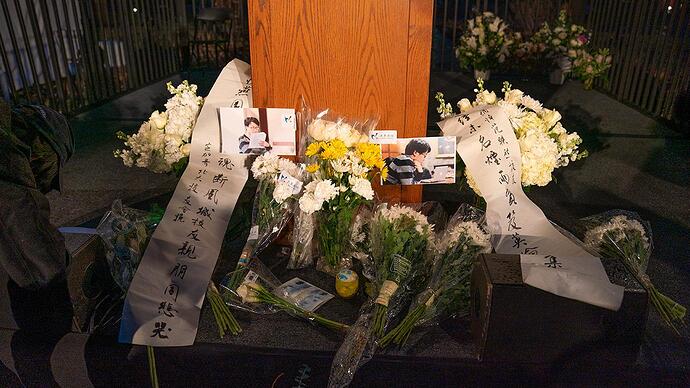 A financial economics PhD student with “deep knowledge of existentialism and the philosopher Jean-Paul Sartre”: that is so U of C.

Every murder is usually senseless. But it is especially tragic for a young scholar with a very promising career in front of his tragically cut short life. RIP.

I couldn’t stop crying as I listened to all these speakers, who really made this talented young man come alive in their reminiscences of him. I also got a glimpse of the vibrancy of the Chinese community at the University. The tragedy of such a senseless and early death is, however, universal.

From what I understand, U of C is being held at a much higher esteem in Beijing, Seoul and Tokyo than in say, Oklahoma City, Jacksonville or Boise. There is a huge presence of East Asian students on campus.

Honestly, I think for foreign language I hear Mandarin spoken more often than French or German on campus.

That memorial service was meant to do more than comfort the parents of the dead student, though they were in attendance and were frequently spoken directly to, several times in their own language. It must also have been intended to show that particular international community how valued they are at this university. Some might say that financial considerations were involved - to keep the flow of students coming from this important source. However, this is hardly inconsistent with genuine grief as evidenced in the emotionalism of all concerned. That death had many resonances.

The internationalism of learning itself is a fundamental part of the ethos of this university. That was the theme of Dean Boyer’s remarks to students of the College recently made on a completely different occasion. There he stressed that a great university is a place where internationalism and nationalism come together and reinforce each other. One of the speakers from the Chinese community said something similar when he spoke of the way Yiran Fan had been able to express both his pride in his own cultural background and his pride in being part of the University. I believe many students at the University, and not only the international ones, feel that way. So many of them, including the American ones, come from culturally distant places and yet find a fellowship and community together in the spirit of learning. That was my own experience long ago.

The mise en scene was also affecting. At the beginning of the ceremony, when the President and Provost were speaking, one could glimpse the gray end of the day unfolding on the quads behind them, with students wandering into and out of the picture as they passed through the portal of the Administration Building. They were probably coming from or going to the Bookstore, were about to go home for dinner and then go to the library or another favored spot on campus and hit the books, chat with friends, perhaps finish the day at Jimmy’s. Their quotidian lives as students was the backdrop to the sad accounts of the death of one of their number on that lit stage in the foreground. It put me in mind of Auden’s Musee des Beaux Arts describing the death of Icarus in a painting of Breughel’s, the tragedy occurring as the ordinary folks in the foreground of the painting carry on their daily lives of toil. Here it was the death that was in the foreground, but the dailiness of student life was also part of the picture just beyond the lit stage, at least until the the day’s waning obliterated it. That was very affecting in its own right.