UIUC vs Turing scholars at UT Austin for CS

Preface:
I have been accepted to UIUC and UT Austin for undergraduate Computer Science major. I was also accepted into the Turing Scholars program at UT Austin.
I don’t live in either state, so both cost me about the same. Tuition is really not a factor in my decision.
I have been looking at different forums trying to find details about both the schools. From what I have gathered, both schools offer a comparable education. The only major difference between them seems to be the weather. Personally, though, I don’t care too much about what the weather is like. 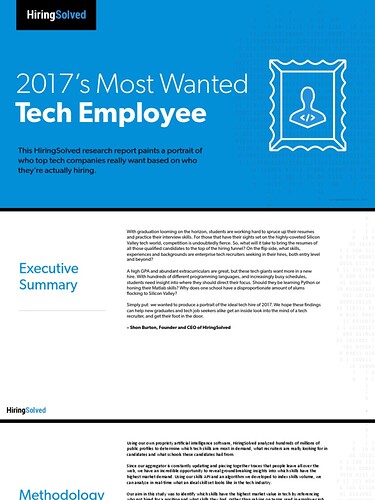 We used data from more than 10,000 public profiles for tech workers hired or promoted into new positions in 2016 and the first two months of 2017 in Silicon Valley to paint a portrait of the most wanted tech employee.

For what it is worth, which is maybe nothing, Texas is higher on this list: Top colleges for working in Silicon Valley

What I find compelling is all of the Cali tech companies establishing a presence, and some outright moving, to Austin.

I’d say that UT Turing will be the closest to your optimal choice.
UIUC is obviously nationally ranked but Turing scholars promotes collaborative projects early on due to smaller than typical CS intro courses (at UIUC the intro class has 900 students, the second class 600).

Other differences would be City v. College town, higher interest in football at UT than at UIUC.

Did I miss anything?

I can only help a little bit but for what it’s worth, I live near Austin and my mom went to UT for CS. Austin is NOTHING like the stereotype of TX. It’s a diverse, eclectic, mostly liberal group. They have a TON of school spirit (my dad would say to an obnoxious level, but he hates Longhorns. Lol) My mom was heavily recruited after graduation and the alumni network is great at UT. It’s a massive school so you can feel a little lost, according to my mom, but you find your group of people in the dorms etc. Like you, I’d like to know more about Illinois. I was born in Chicago but never visited the UICU campus! Good luck

Turing is a small cohort to offset the large school - different from being one of the many UT excellent students.
75% of them get a paid summer internship after freshman year! So “heavily recruited” is an understatement - at graduation, Turing Scholars get their pick of jobs, same as UIUC CS graduates.

Oh yes, certainly!
In terms of comparison, UIUC is comparable to Turing but
UT CS graduates have no problem finding jobs as do good CS graduates everywhere (CS is in high demand) and UT is a top university overall so

I think UT CS is comparable to UIUC CS.
Turing as a program is superior.

But it’s really splitting hairs… Turing/Austin will be a much more enjoyable experience. 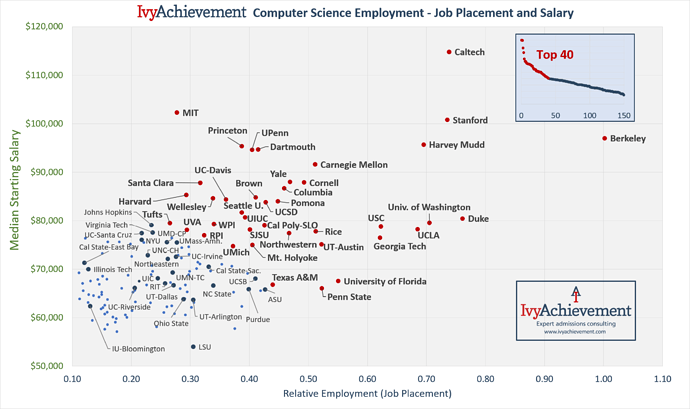 The Best Colleges for Computer Science Employment in 2018 | IvyAchievement

Which are the best schools to attend if you want a high-paying job in tech? The IvyAchievement 2018 Computer Science Rankings are based on real-world employment data, including tech industry job placement and starting salary.

I have read accounts on CC that identify class availability as an issue at UT. Most likely due to the popularity of CS. I believe (but am not sure) that Turing ensures priority in class selections. Anyway, the availability of classes should be something you look into.

When it comes to internships, the ability to get one during freshman summer is a bonus (wherever you attend school).

Another thing you should consider is how deep each school goes in your preferred area of specialization (if you have one).

Yes. It seems to be a problem. The Hard Part of Computer Science? Getting Into Class (Published 2019)

Student demand for computer science courses is outstripping the supply of professors, creating a student divide of computing haves and have-nots.

UIUC has the same problem.
Turing does give priority to their students

What I find compelling is all of the Cali tech companies establishing a presence, and some outright moving, to Austin.

It’s really only a small percentage of companies doing that, although the tech scene in Austin has definitely been growing. Even when I was visiting Austin in the 90’s, it was starting to get that Silicon Valley feel to it.

Education-wise, both colleges are probably going to offer a similar education. Job-wise, being in Austin near so many jobs would make it a little easier, logistically, to find your first job after graduation. If you clearly feel more comfortable at one of the schools, go there.

I’ve had kids that were recruited and accepted by Turing. I’ve been to it’s seminars met the profs… all that.

Basically the normal UT CS track is equivalent to the UIUC/Purdue/MD/UTD/Wisc track.

The Turing track is billed/promoted as being equivalent to a tippy top CS school or private/ivy league level… so think Stanford, MIT, CMU, UCB, GT, Princeton, Harvard, Cornell. Primarily this idea is rooted in that the avg Turing student having around a 1570 SAT. That’s the idea. Less than half of students offered Turing accept and are off to these other schools.

The advantage of Turing is being able to register early for classes, and initially having small classes with the best students. You also get honors dorms near the CS building.

I’ve seen some comments that getting internships is easier. Nah, not really. Everyone nowadays has multiple interviews and technical tests for internships. You need to be capable. Usually a Turing student already has a deep CS history even before entering the program, so they will naturally have an upper hand.

I’d say it’s similar to the debate on Cornell v. say…HYP. Most know the education and opportunities are stellar from any of these options. Some just vie for greater name recognition.

but tbh -
in NYC UT is probably a marginally better recognized name.
In Chicago … it’s UIUC …
in California? pickem?

so yeah … I’d say OP has 2 amazing options
(but I’d personally would have chosen UT, and MOST definitely UT Turing)

I would say that, in general, UIUC > UT Austin. However, UT Turing ≥ UIUC regular track.

I will also say that Austin >> Champaign-Urbana. I lived in C-U for many years, and I have been to Austin multiple times, and Austin is a better place to live.

In short - I recommend UT.

I attended UT Austin back in the day and have returned to visit old friends. It has definitely changed since I was there most likely due to the influx of tech companies. It remains, however, one of my favorite places: food, music, events all a plus. Not sure how much of that you’ll be able to partake in since you’ll be studying so hard…

Of course, two completely different location types: College town v. large city. I’ve never quite understood the great consideration given to location in school selection. Unless it’s a region student would like to live after graduation? Even then, attending a school in said region doesn’t guarantee that goal. As far as weather? The Ivy’s remain destination schools despite cold and gray. Otherwise, it’s four very quick years, and the freedom to land where you’d like is more dependent on field of study than school you attend, IMO. If a student really looking for unique geographic in the college years, I encourage study abroad.