Didn’t see a thread for Fall 2022 transfer admissions yet.

HS GPA: Not very good, but since I have over 60 credits, hopefully they’ll focus less on HS.
Current College: A Ny community college
Current College GPA: 3.85. I do have an associates with distinction and presidents list.
Intended Major: Business Administration. I also selected on the application to be considered for College of Arts and Sciences if not admitted to business.
Race: White
Hooks: Talked about how I identify with the lgbtq+ community, and could bring my experiences to the UNC community. Idk if that’s a hook lol.
Essays: I would say my essays are pretty good, with my Business essay being my strongest.
ECs: Chief Officer of Alpha Beta Gamma(Business Honor Society). Member of Accounting Club. Also work 25 hours a week.
Letters of Recommendation: One written by the head of the accounting department at my college. I also have a second letter from one of my professors who is Chapel Hill Alumni. I hope that gives an edge.

I’m definitely a bit worried since Business is so competitive and that I’m an out of state student.

Applying as a Junior
HS GPA: overall 90 but my high school messed with my weighted cumulative so it says a 3.2 on my transcript
College GPA: 3.3, took a hard hit spring freshman year
Intended major: Biochemistry
Race: African American
Essays: Wrote about my experience at my current institution as a POC, which I think is my best one personally
ECs: 2 jobs, one on-campus & one at home, Family responsibilities, Pre-Health Society
LOR: Got a professional one from my boss at home, and one from a professor that got their PhD from UNC within the last 4 years

Has anyone gotten any notification that UNC got their application yet? Has UNC emailed anyone at all?

My friend submitted her application on the 14th, and finally got the email to set up her mycarolina account yesterday.

I got mine a few days after applying on the 13th

Does anyone else’s MyCarolina say that outstanding materials are due March 11? I thought they were due March 1st.

Mine doesn’t. I had to do an interview which was considered an additional material and admissions said it’s March 1st for materials.

HS GPA: 3.4 Current College: Westchester Community College Current College GPA: 3.96, I will have an associates degree at the end of the semester. Intended Major: Elementary Education ECs: Phi Theta Kappa member, work 30 hours a week at a preschool, and babysitting since 15 years old…

I’ve been looking around and have compiled a list of interesting data associated with transfer admissions at UNC. They’re all sourced directly from UNC, which is beneficial because a lot of prevalent assumptions online simply aren’t true.

They’re yet to release the official transfer acceptance rate, but this resource says 942 transfers enrolled in Fall 2021 cohort.
https://admissionslawsuit.unc.edu/about/admissions/

It’s possible to estimate the acceptance rate for the Fall 2021 based off of historical transfer yields which can be found below as well as historical acceptance rates prior to Fall 2021.
https://oira.unc.edu/reports/reports-archives/common-data-set/

These two resources are the only ones I’ve found so far that provide accurate numbers for in-state vs. out-of-state transfer applicants and their acceptance rates. They show that there is still a preference for in state applicants in transfer admissions, but it is nowhere near as favorable when compared to freshman admission.

The University of North Carolina at Chapel Hill will welcome 4,195 first-year students and 852 transfer students to campus as classes begin on Aug. 20, 2019. The University’s new students were selected from a record number of applicants, and they...

Compared to the Common Data Set information, you’ll notice there’s a dissonance, so I’m considering reaching out to see why that is and why they stopped releasing these reports.

Just figured I’d add something to the thread since it’s been a while since the last reply.

I forgot to add this link too, the number of applicants for the Fall semester is needed to estimate the acceptance rate. Daily Tarheel places the figure at <3,500. 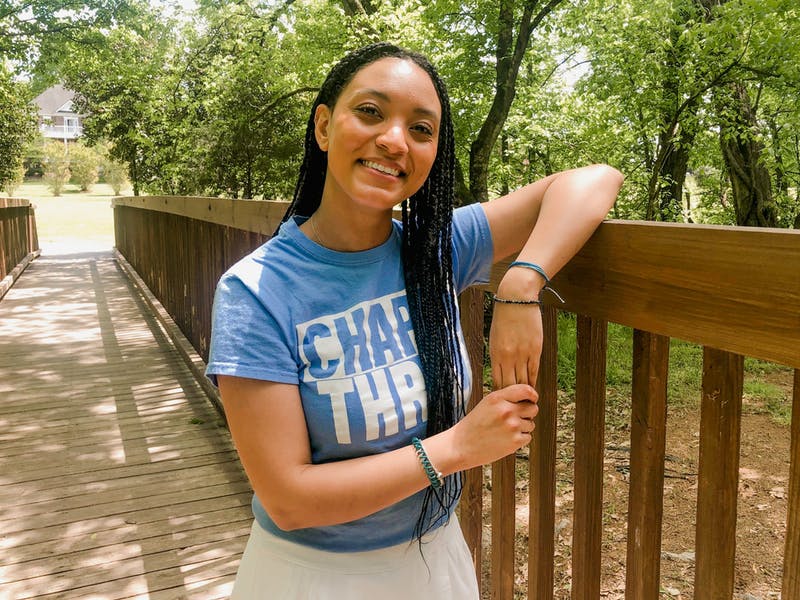 The UNC Office of Undergraduate Admissions received just under 3,500 transfer applications for the fall 2021 semester, representing an eight percent increase from last fall.

Applying as a junior
HS GPA: 3.41
NC Community College GPA: 3.69
I will have an associates degree at the end of this semester
Got 2 low Bs during the summer which is why it’s pretty low
Applied for: Media and Journalism
Race: Asian
ECs: Selling on eBay part-time, photography hobby
LOR: English professor

Also forgot to add SAT of 1330. Don’t think sat matters much tho for transfers

Did they ever release the transfer rate for the fall 2021 semester like they indicated in the article?

I’ve read that decisions for transfer applicants are usually released April 7th or 8th.
I also remember reading somewhere that the acceptance rate was about 30% for transfers (with no differentiation for in state/out of state reported—although it is likely different for those subsets).
Anybody else have other information?

I know at my current community college, there is a transfer agreement with Cornell, if you are completing specific programs.

I do feel there is an effort to facilitate transfer from the NC Community Colleges. It appears from some of the stats that it might be easier to get in as a transfer than as a first year. I hope they release the acceptance letters the first week in April this year. Thanks for the reply.

Yeah, I’m thinking that that decisions will be released anywhere from April 7th-10th. What major did you apply as?