Hi - my D is thinking of law school and taking some justice-related classes in her freshman year of undergrad (she is really enjoying them).

I know the mantra re: law school admissions/merit $ is: high GPA + high LSAT & type of major not so much a factor (can attest to that - went to law school w/doctors, engineers, etc.)

But I’ve heard that criminal justice or legal studies are not favored by law schools these days because they are ‘too easy’?

Curious if a legal-related undergrad degree would be a disadvantage in the law school admissions process? D is undeclared now but very interested in art (and has practiced for many years). She’s not interested in science or math.

Thanks much for any thoughts!

There’s a law school forum here on CC. You would probably get more opinions there.

My 2 cents as a parent of a law student: I don’t think it’s a matter of admissions people preferring other majors as much as other majors prepare students better for the LSAT. Majors that require critical thinking and writing are good preparation. A criminal justice major doesn’t prepare a student for the LSAT or law school.

My first question to your daughter–or to any prospective law school applicant–is why law school and why not an MBA program ?

As noted above by @bouders , certain undergraduate majors help one to prepare better for the LSAT. However, in the past few years and currently, many biglaw firms seek associates with significant exposure to certain areas of science and/or technology. This is not due to an increase in patent & trademark type work, but due to mergers and acquisitions activity among clients in these industries.

Because of the crippling cost of earning a law degree (high COA & loss of wages for almost 3 full years), the question of “why law” has taken on added significance.

As an aside, a common complaint inside biglaw firms is that associates do not know how to read & understand a balance sheet and other basic accounting work products.

One’s undergraduate major may be a consideration at two different stages of becoming an attorney: First, in the law school admissions process & Second, in the job hunting & hiring process.

With respect to the study of criminal justice, it is not well regarded in the law school admissions process; my impression is that the study of criminology is much more respected. But does it matter ? Probably not if one’s LSAT score & one’s undergraduate GPA are both above the medians for any particular targeted law school.

Nevertheless, if one is competing for admission with a person with equal stats, equal URM status, and otherwise similar, then an undergraduate degree in a more challenging major might be preferred.

The numbers matter primarily because law school deans are aware of the possible effect on their careers if that law school’s ranking rises or falls in the US News rankings. A secondary concern is to attract students with undergraduate majors sought by biglaw firms.

Indeed, there are articles on the subject:
http://lawschoolnumbers.com/application-prep/choosing-your-major-for-prelaw

Some questions to consider about majors:

If she is interested in criminal justice, she is not likely to go a Big Law firm but rather into public service. The good news is that (unless it has changed in the last couple of years) if you work for 10 years in public service, your law school loans are forgiven (and you can set it up so you barely have to pay during those 10 years). So, if her area of interest is criminal justice, no reason to choose a different major. She should just make sure she fills in classes with stuff that requires lots of reading and writing (an art history or theater minor would be perfect). Building an application that screams, “I want to be a prosecutor” is actually a bit of a hook right now for law schools because so many applicants are clearly civil and transactional leaning.

Uh, no. Becoming a prosecutor (despite the payscale) is a HIGHLY prestigious-oriented field of law. The best path to become an AUSA is a top law school, top grades, federal clerkship, top law firm for a few years.

Studying criminal justice does not help. “I want to be a prosecutor” is not a hook for a top law school. And the distinction between civil and transactional- as an undergraduate- is absolutely not important. Lawyers need to pass the bar- which means that eventually, they will ALL have a solid grounding in criminal, civil, etc. Nobody gets to skip Civil Procedure in law school just because they’ve majored in criminal justice and want to focus on criminal law. That’s not how it works.

My point being that if criminal justice is what interests her, that is what she should study because a genuine criminal justice interest shown in coursework, ECs and internships is rather unique for a law school application. As long as she supplements it with some heavy analysis and writing type courses, that is a perfectly fine way to get into a perfectly good law school. Half the people applying to law school will have polysci or pre-law type majors. US Attorneys may come from tippy top law schools, but people who work in the DA’s office or PD’s office come from regular schools and get paid the same not so awesome wage.

Note that while criminology and criminal justice are similarly named majors, they have some differences: 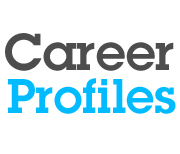 Criminology is rigorous, criminal justice isn’t related to law school (mostly designed for future law enforcement officers).
Any major that requires a lot of reading, writing, synthesizing quickly, critical thinking, ability to process… will help. History is good, as are political science and philosophy. Art history, cultural anthropology, foreign language literatures and cultures, economics… can all be good.
A business minor (or 3-4 basic business related courses) can help, depending on profile.

Thank you! And I will check out that other forum. Appreciate it.

And THANK YOU all for the very nuanced and thoughtful advice!! Many interesting concepts. The idea of thinking beyond law school admissions and into the hiring/practice areas after graduation is intriguing.

I hadn’t thought about MBA for my D (nor had she) but I can raise it just as a topic to consider. I guess I’d heard some talk that there was a market-flood of MBAs. Probably the same for law grads (but as a lawyer myself I can picture so many options in that field - not as familiar w/the MBA world).

100% agree w/the knowledge of business being critical to law and other careers. Have encouraged my daughter to take econ and stats classes. I had to learn on the job - not recommended LOL.

Does your daughter enjoy working in groups ?

Does she prefer to work alone or as part of a group ?

An MBA degree typically takes 2 years to earn versus 3 years for law school.

No licensing requirements for MBAs.

The typical life span for one entering biglaw is about 3 years–although this can & does vary a bit by firm. MBAs become more valuable to their employer with experience whereas biglaw associates become disposable.

Publisher - very interesting! Appreciate the thoughtful distinctions. I really don’t know much at all about the MBA world. D can work well in groups or alone, it seems. Tending a bit more to small groups if had to pick.

One thing that makes me think - she’s not a huge reader. But a number of friends from law school were not big readers and did very well and have successful careers LOL.

I’ll have to research the MBA more. Pictured it as somewhat stat-driven and mathy. Haha and not so much fun, but that’s pure bias b/c I think of law as incredibly fun.