We are looking for advice on my daughter’s college choice. She is interested in engineering and computer science across a bunch of colleges and out of 10 acceptances she has so far, the ones we are considering most prominently are UIUC CS and Olin.

Both are as different as colleges can get. We are in NJ so Olin is a 4-hour drive vs 1 or 2 flights to UIUC, depending on how much we would like to drive. We have no aid or scholarships except for the automatic Olin scholarship that every admitted student gets (50% of tuition), making the costs of attendance close by(about 49K for Olin vs 55 for UIUC). Olin is obviously super small and therefore barely known (hear the employers and grad schools know them though), compensated by the quality of their education.

Appreciate your thoughts and advice.

I’m a fan of the more personal education at Olin.

Look at where their alums end up.

Unless you’re looking to impress relatives/friends, I don’t think brand name/recognition matters as much as you seem to think it does.

Olin is not traditional. Olin doesn’t have the Computer Science program. Olin is more focused on the products. It is more industry oriented education with collaboration with other declines. If you want to study Computer Science, I will not select this school. Olin with neighboring school Babson can collaborate the product development and marketing approach to the education. It is more real world career path approach.

UIUC is more traditional. They will teach real Computer Science with theories and applications.

Both are good schools, but it depends on what kind of education you are looking for.

Olin is a unique and very special experience as I’m sure you know by now. UIUC offers more than a dozen specific engineering majors and Olin only two. They are great at the traditional training of engineers. But Olin has a completely different approach. Here are a couple of links that you might not have seen:

You may be wondering, "If Olin is an engineering school, what can you major in?" You might think, Mechanical or Electrical, right? It's not quite that simple. I came into Olin wanting to do computer

In the first segment of our vlog series describing how students learn software engineering at Olin, Professor Allen Downey talks about how our curriculum is different. 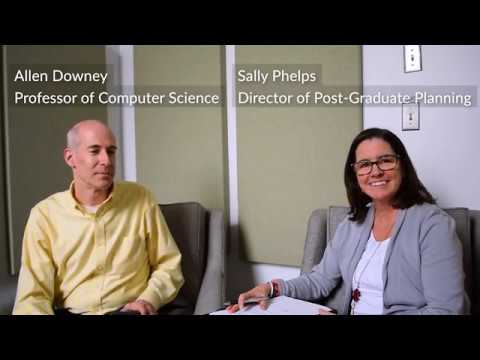 You might best be served by contacting Olin Admissions directly and ask them to set up a phone or zoom conversation with current faculty and/or students to address specific concerns or to answer specific questions.

The primary reason that Olin isn’t better known is because it’s less than 25 years old. In addition, it’s small and isn’t a big research center. But it does a great job educating young engineers, it’s an honor to have been accepted there, and people in the industry know who they are.

If I were in your daughter’s shoes, I’d grab the Olin opportunity and run with it.

Best of luck with your decision.

For CS, Olin’s program is limited in both breadth and depth to a few areas in CS. She needs to make sure her interest aligns with what Olin offers.

Isn’t this more do you want a totally focused school or a huge university with sports, greek, girls, and lots of opportunity? You’ll be fine outcome wise at both.

Olin deliberately tries to keep the student body 50/50 by gender.

But yes, otherwise, there is a huge difference.

OK - good to know - admittedly don’t know much about the school but just know it’s tiny vs. a big flagship.

I guess it’s tiny vs. university experience - but thanks for letting me know.

I think such a decision should look at more than size.

Just thought I’d chime in here briefly - I’m a parent of a junior in CS at a (different) tippy-top CS school…and hold an engineering degree from the last century, but from the same school.

It’s important and worth repeating: Computer Science is not the same as Engineering, software or otherwise (and both are distinctly different from “programming” or “coding”).

Olin is clearly a top, top engineering program - just look at the curriculum. It’s hands-on, real-world problem solving from day 1. They almost state that verbatim. “Engineering” is right there in the name! It looks awesome to me, but my CS student would not be happy there.

But what it isn’t, is “computer science”. Take a look at the math requirements for instance - applied vs proof-based theory. My junior’s CS classes are mainly theory based, and all are hardcore proof-based. In many of them, there is almost no “coding”…it’s all about rigorously “proving” your code will work before even touching a keyboard. Yes, there are some projects but it’s much heavier on theory. He loves it (switched from Math to CS last year). I’m an engineer…so it’s like a foreign language to me.

So, to me, that distinction (engineering vs science) is at least as important as the others (school size, atmosphere, greek, etc).

If she were to change her mind and go a different route, she might be in trouble at Olin, since they are so focused on Engineering.

On the other hand, UIUC offers just about everything she could think of… in addition to one of the best Engineering/CS educations money can buy. It’s a strong school all-around and they are killers in Eng/CS.

I prefer to judge colleges, “by the company you keep (intellectual horsepower)” - because it allows for deeper discussions and learning in my opinion. In addition, I prefer, job placement/accomplishments of students. Olin would be very strong using that as a criteria. You may have your own, so to each his/her own. I won’t comment on the the specific learning in computer science and engineering.

no, you are correct.

I wouldn’t say that an Olin student who decides to go a different route would be lost.

First of all, Olin takes a different approach to engineering.every student must take an Arts & Humanities core. Out of a total 104 credits, 46 are in Engineering, the other 58 are in Arts & Sciences or Entrepreneurship.

Second, the Olin campus is adjacent to the Babson campus. A student can literally walk from one campus onto the other without crossing a street. Students can cross register between the two campuses. Babson takes transfer students. I think that it would be an easy transition to transfer from Olin to Babson. Maybe easier than transferring between colleges at a lot of big universities.

Third, Olin students can can cross register at Wellesley, which is just across town, and Brandies, both of which are top colleges. This really expands course offerings a lot. Again, this allows for exploration and easy transfer opportunities.

I agree that Olin is best for students who are firmly committed to engineering and know that this is their direction before they start. But it’s not like this student is jumping out of the plane without a parachute if something does happen that changes her mind while she’s there.

Olin’s CS/CE/SE type courses appear to be the following: 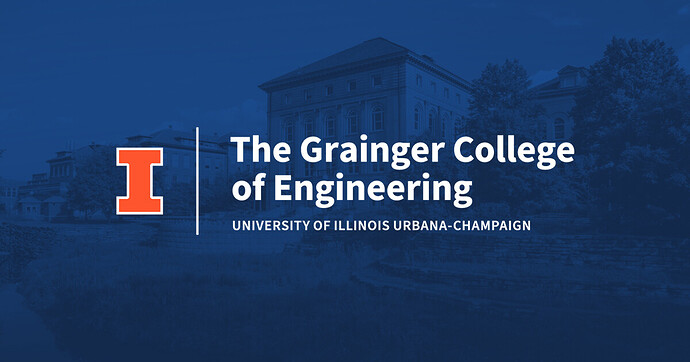 I prefer to judge colleges, “by the company you keep (intellectual horsepower)” - because it allows for deeper discussions and learning in my opinion.

It is not like intellectual weaklings get admitted to UIUC CS.

In addition, I prefer, job placement/accomplishments of students. Olin would be very strong using that as a criteria.

But College Scorecard shows that UIUC CS graduates who received federal financial aid had higher pay than those from any of the majors at Olin.

My daughter is a similar situation: Cooper Union vs Carnegie Mellon vs Michigan.

My advice to her, vis-a-vis Cooper Union was:

I try and remind her that life is a sequence of ensuring you have options and then choosing wisely amongst those options. Currently she is leaning towards CMU (which, in this analogy is closer to UIUC), but I think the decision is far from settled.