This happened to my son last year. His top choice but they gave him no financial aid. He had to go elsewhere (but he got into one of the Ivies that gave extremely generous financial aid so it worked out for him! Maybe you will get good news on Ivy day and have another great option!)

Arrived in Nashville this morning for a 24 hour Vandy blitz. We spent a couple hours this morning at the Country Music Hall of Fame, then hit Hattie B’s for lunch and then wandered around campus for a couple hours. The weather is glorious, the Cherry Blossoms are in bloom and we had the nicest student chat with us in the Commons for about 20 minutes. We are back at the hotel (The Noelle, downtown, loving it!) for a quick rest before we head to The Listening Room for dinner and live music. I am totally enchanted with this town and feeling so excited for DS21’s next four years!!!

We stayed here! It literally backs up to the football stadium. It’s a perfect location and we took an Uber anywhere else we wanted to go!

That’s so nice to hear. We have enjoyed Nashville so much when visiting S19, and your post makes me excited to think about getting back to more normal visits next year. Your son does have some wonderful years ahead. Congrats!

Yeah, Ivy day will be an exciting event. Hopefully, I can get another offer that works out better financially. Glad to hear that everything worked out for your son! 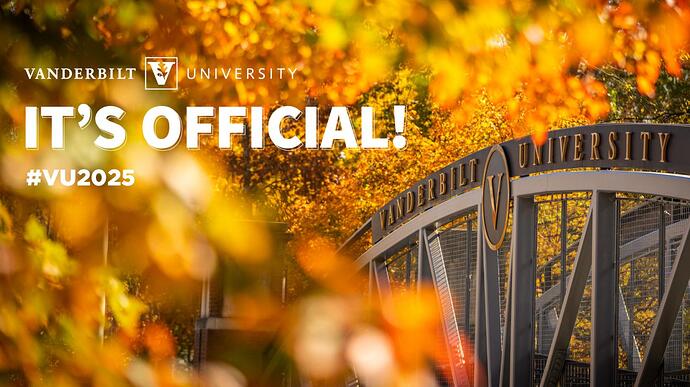 Class of 2025 acceptance rate drops to 6.7 percent, lowest ever

It did decrease by 3.7 percent from last year but that is only because they accepted a higher amount of students last year due to COVID. The overall acceptance rate only went down by 1 or 2 percentage points from other years!

We’re heading to Nashville on Thursday to see the campus. Were you able to walk into any buildings to look around without a key card? Is there anything you missed that you wish you’d seen? Pretty excited daughter here ready to check it out

Yes! We were able to walk into the Commons Center. It was Friday afternoon of Easter weekend so there weren’t any students in the building but it was nice to see the cafeteria, workout room and a couple small classrooms. We also spent some time over by the stadiums which was cool. I hope the gorgeous weather holds for your trip!!

Thank you. Very much looking forward to it.

Just wanted to share one more thing when considering Vandy for next year. I learned that some classes at Vanderbilt might still be virtual next year. The large classes like the premeds and econs might be online only. If that doesn’t work for you, it is worth looking into.

did anyone get an email from vandy after you committed? if so was it immediately after or a few hours/days later?

Can anyone summarize what the student body at Vanderbilt is like these days? In terms of academics and socially? Multiple responses are welcomed.

Quite a lot of information here. 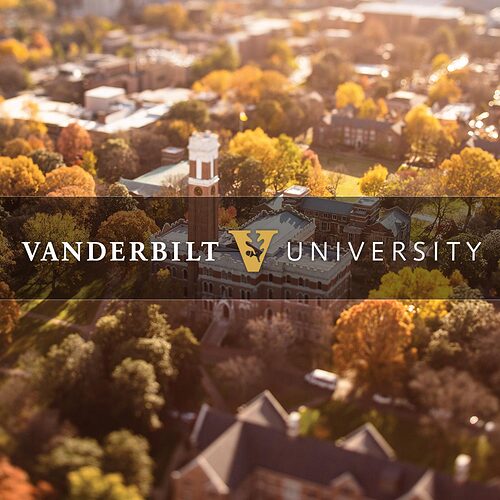 @xanthous1 - Just scrolling around, came across this and thought I’d offer my modest insights, sinice I know both Vanderbilt and Notre Dame quite well. In terms of their contrast to my perception of WashU, you’re right - they’re similar in that both have DI sports and the student body is perhaps less academically oriented, for better or worse. Beyond that, however, they’re extremely different culturally. Vandy students like having SEC sports around, but athletics is a central (arguably THE central) point of student identity at ND. The entire campus (and town) culture in South Bend is centered around 7 Saturdays in the fall, and when that’s over they move on to basketball and hockey games. Vanderbilt kids leave most football games at halftime because they’re down 27-3 and it’s all about the pre- and post-party, anyway. Also, as you alluded to, Notre Dame has no Greek system. Fraternity and sorority life is very prevalent to the feel of Vandy, on the other hand. Not so much as it was 25 or 30 years ago, but there’s definitely a social hierarchy based on whether or not one is in the Greek system and if so which house they’re in. Add in that Vandy is still predominantly southern in student body composition, Notre Dame is still predominantly Catholic, and one is in a vibrant city while the other’s in a sleepy town that wouldn’t exist without the school, and the student experiences at the two are very different.
May not end up mattering to you and your son, obviously, depending on WL decisions. Just thought I’d throw it out there. Good luck!

Thank you so much for taking the time and giving such a thoughtful reply. My son was accepted off the waitlist for ND, still waitlisted at Vandy. We took a long cross country drive stopping at all his prospective colleges. When we got to ND it poured rain for 2 days…we were unable to get the feel of the “vibe”. It was very disheartening.

That’s definitely a bummer, but congrats to him on getting off a waitlist. My guess is that now would be a decent time to re-visit, and that May is a nice time to be on ND’s campus. No idea if there would be any students out and about or if they’re all studying for finals, or gone already. Or if it’s even an option, as it sounds like a ways away from home for you. That said, if you want to really know what Notre Dame is all about, it’s sort of imperative to be there for a home football game weekend, when someone like Michigan or USC is in town. Obviously too late for that! That your son applied despite getting soaked while there might mean something, though. Good luck either way, and he can’t really go wrong.