What’s your opinion on the path from Wesleyan to Wall Street. I want to either go into IB or Big Law. Are Wesleyans Econ or Polysci programs good for this?

This site will help you compare Wesleyan’s economics department to those of other LACs: Economics rankings: US Economics Departments at Liberal Arts Colleges | IDEAS/RePEc. Your best choice for your goals may depend on your other options at this stage.

According to Wesleyan’s career center, nearly a quarter of Wesleyan seniors go into the Financial Services and Consulting fields. Top employers, shortly before the start of the pandemic included,

This is a lot more common than people might think. One of my husband’s Wes classmates runs a highly regarded hedge fund in NYC. He’s done enormously well and donates millions to the school. Lots of lawyer grads as well.

These departmental rankings can be quite volatile. Wes ranked 1st when I attended–not that I wanted to go anywhere near an Econ class.

I think the relatively low “tool” factor plays a role at Wesleyan still factors into the smallish number who end up at the most rapacious firms. Then again, with the school’s emphasis on athletics this past decade or more, I might be wrong.

Not arguing that one, though the stakes are a bit different, with $36 trillion of corporate-shareholder revenue stockpiled in tax havens while U.S. politicians of both parties say there “just isn’t enough” for all the programs and initiatives that could utterly transform this benighted country.

On the law side, Wesleyan shows up pretty consistently as a “feeder” to top law schools (when adjusting for size of UG population), and top law schools are the deciding factor on big law. Cravath, DPW, Simpson, S&C, Skadden … will all talk to you if you’re at Yale LS even if your undergraduate institution is decidedly less prestigious or selective. Have a look: 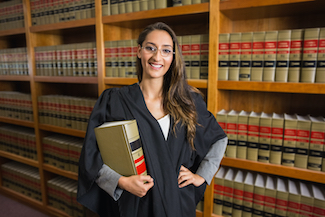 College Transitions presents the top colleges that feed into the best law schools.

I am a lawyer, and having been through law school and practiced will all kinds of people with varying backgrounds, I am firmly in the camp of believers that any undergraduate course of study is fine for law school prep as long as one didn’t avoid writing. That said, I can’t think of a more ideal undergraduate preparation for law school than Wesleyan’s well known and very rigorous CSS curriculum. This business of having to knock out 5 to 10 page papers on an almost weekly basis and all the reading those kids do … it’s like boot camp for law school.

In terms of banking, yes, Wes places kids every year at the banks. There are schools who I’d expect produce a higher number and steadier flow of kids in that direction (e.g., Middlebury), but despite its reputation for political activism and strident “against the man” ethos, you will find a surprisingly healthy number of “finance bros” at Wesleyan. Many play a sport, and a good % of them major in Econ and many are connected.

If I absolutely knew banking was my future and that’s all I really cared about, I’d consider Wes if I otherwise liked the school; but I’d also apply to some other schools known for that track. Excluding the tippy tops (I assume nobody needs to tell you that Wharton undergrad is a standing invitation to Wall Street), you could think about schools like SMU, Boston College, Lehigh and Emory, each of which has their pack of alumni on WS. If I were going NESCAC and I absolutely wanted IB, Williams and Middlebury would do very nicely. But Wesleyan can certainly get you there.

I tend to think Wesleyan does a little better in placing for consulting than it does straight IB, but there is probably some confirmation bias in my thinking on that topic.