What constitutes reaches, matches, and safeties

I’m not sure we can estimate likelihood of admissions to highly selective colleges with highly holistic processes for most students unless they have strong hooks and/or some highly sought-after attributes. The colleges’ published acceptance rates (if they publish at all) are averages over applicant pools that are highly variable (and more variable for colleges that are less self-selective). Within each pool, some have near certainty of admission while some others have zero chance. Naviance data are also problematic because they’re based on very small sets of data that are easily distorted by a few admits due to special circumstances that’re generally unknown to most users.

In other words, we should classify all such colleges as high reaches for most students.

What obscures a lot of these numbers is that many high performing non-hooked kids who were not national award winners, did not invent a cure for cancer or feed and clothe 1,000 poor children somewhere were cross admitted to multiple T20s, often more than 50% of the schools they applied to. In hindsight, we can reasonably assume some or a combination of LoR’s, essays and EC quality resonated across AO’s so that for those individuals, their chances well exceeded the published admissions rate. For others with the same stat’s (and maybe similar list of EC’s), they were shut out. The problem with “chancing” is that without being able to view these aspects of the apps across a wide sample size, you have no way of knowing where the kid falls before decisions come out.

I don’t have published stats to refer to but just these reference points.

Every “average excellent” kid/family that I informally advise, I tell them to pick their LoR writers early and carefully, and make sure they list out factual anecdotes connected to that writer when they ask for an LoR. More importantly, apply to EA/rolling of 1 or more state flagships (especially honors programs) and either other EA’s of competitive schools without restrictions or an REA/ED school. The results of the earlier decisions (note, getting deferred from S not = deferred from H; rejected from S also not = to rejected from H) will give you an indication of how your application is being received and will suggest whether you can go reach heavy or focus more on safety/matches in the RD round.

In other words, we should classify all such colleges as high reaches for most students.

Generally true for forum posts. Those who may have an idea that some highly rejective college is anything less than a reach probably know already without having to post on these forums:

What are the major hooks besides recruited athlete, offspring of a major honor? Most of us probably agree legacy is a minor hook. But is URM a minor hook? Even for applicants with a major hook, they still need to meet some minimum academic threshold. Is the threshold variable, depending on the strength of the hook?

Major hooks would be winning national or international awards. This thread would be helpful: List of Top, Prestigious Awards. This is taken from the most recent listing of awards that would range from a big boost to a virtually automatic admission, assuming that students’ applications are otherwise strong/worthy.

9: Almost a ticket to a prestigious school

Major hooks would be winning national or international awards.

I’m not sure there’s universal agreement on what “hooks” mean. Some may consider some of these awards “hooks”, but others would exclude academic achievements from the category of “hooks”.

A Putnam Fellow is, by definition, already in college. And no high school student has ever even been close to be considered for a Fields Medal or a Nobel Prize in any academic categories.

I’ll assume we’re done with the off topic debate on the definition of a hook.

But if they apply to Harvard, Yale, Columbia, Stanford, UCLA, Duke, Northwestern, and Rice — they are very very likely to get into 1 or more.

I have generally agreed with your point on this, especially on being encouraging to students, however UCLA is a big outlier, one is they don’t consider race so it’s more straightforward to figure out your chances. Their admit rate for gpas over 4.39 is 36%, which if you’re unhooked, you take any day of the week. I’m assuming your 1560 has the rigor to get the 4.4, so I think getting shut out of all those colleges especially if you to apply one the colleges ED is unlikely. However the flipside is that 64% are rejected with a 4.4 weighted, so you have to look at how your high school has done.

UCLA is a big outlier

Here are ways that UCLA differs from the mentioned private colleges in admissions:

I don’t think there is such a thing as a “safety” anymore, at least not in the way we thought of the term when I applied to schools in the dark ages. Back then, “safety” meant a school where a student was guaranteed acceptance based on their GPA, test scores, ECs, recommendations, etc. If a school’s mean SAT for the humanities college was 1350 and the applicant had a 1450, they got in (SAT is just a proxy for the strength of a student to keep it simple). Today, schools are so concerned about protecting their yield rates that they are likely to defer or even reject an overqualified student if they think they are being used as a safety and the student is unlikely to attend if accepted. (There was quite a bit of discussion on the Case Western forum about this.) This is why demonstrated interest and applying ED is so important today.

When my son made his school application list, he defined “safeties” - better defined as likely, but not guaranteed, acceptances - as schools where he had over an 80% chance of acceptance, based on USNWR and Niche “Will I get in?” tools using GPA and SAT. “Targets” were between 50% and 79%, and “reaches” were below 50%. This rule of thumb largely proved accurate. He was accepted by all is “safeties” and “targets”. Surprisingly, he was accepted by his long “reach”, but deferred/waitlisted/rejected by his slight “reach”.

The obvious and logical conclusion is that students who did not submit SATs chose not to because their scores were not competitive. If you have two students with similar GPAs, APs, ECs, etc. and one provides a strong SAT score, and the other goes test optional, who would you accept?

I don’t think there is such a thing as a “safety” anymore, at least not in the way we thought of the term when I applied to schools in the dark ages. Back then, “safety” meant a school where a student was guaranteed acceptance based on their GPA, test scores, ECs, recommendations, etc.

There are still many moderately or less selective colleges with guaranteed admission based on GPA, rank, and/or test scores (without depending on the uncertainty of subjectively evaluated essays and recommendations).

However, on these forums, many students consider such colleges to be “beneath” them.

I agree that there is probably self selection on CC, and students here are likely applying to highly ranked schools. I am not sure if they think lower ranked schools are “beneath them”, but given how expensive schools have become it is hard to justify attending a second or third tier school, especially in the humanities where graduates’ salaries are relatively low.

Agree with everything you just said.
And it is important to look in the context of that particular High School’s performance, which we don’t generally have much information about when chancing people on this forum.
Even an unweighted 4.0 can mean very different things in different schools.
Available rigor varies from school to school.
And I do believe AOs do see some schools (public and private) as feeders.

UCLA is more straightforward than most – But every school considers GPA and rigor first and foremost. At least in terms of their own claims, things like race and first generation receive the same level of consideration as letters of recommendation and extra curriculars.

Yes, the answer is obvious.
If you don’t submit a score, you are immediately starting behind the similar students who do submit a solid score.
If a school was going to be a high reach even with a decent test score, the failure to submit a test score isn’t going to help.

However, on these forums, many students consider such colleges to be “beneath” them.

That’s not quite how I would put it, it’s far more benign. Students who are taking the interest in deeply researching schools, aren’t the type that are simply looking for an auto-admit safety school.

This board brings a disproportionate amount of high achievers.

If you have two students with similar GPAs, APs, ECs, etc. and one provides a strong SAT score, and the other goes test optional, who would you accept?

The logic here cuts equally (or more so) in the opposite direction.

If you have two students from the same school with similar GPAs, APs, ECs, etc. and one provides a strong SAT score but the other provides slightly less strong SAT score, then the school has every reason to take the kid with the higher SAT score. Why submit if doing so assures rejection?

What are the major hooks besides recruited athlete, offspring of a major honor? Most of us probably agree legacy is a minor hook. But is URM a minor hook? Even for applicants with a major hook, they still need to meet some minimum academic threshold. Is the threshold variable, depending on the strength of the hook?

You pose an excellent question, but I do believe it varies significantly from school to school.
Most colleges claim that the “hooks” count about the same as letters of recommendation, extracurriculars, etc.
But especially for the most competitive schools, where you need to be virtually perfect for acceptance, every extra little bit helps. So a 4.0/1600/20 APs who is a URM is going to get a boost over the 4.0/1600/20 APs who isn’t URM.

And I don’t look at it as an academic threshold. Maybe some schools do. But to me, it’s not a door that you either get through, or you don’t. It’s more a ladder, and you need to climb high enough to get accepted. And having a hook gives you a couple steps up on that ladder.
Now, the question is – How may steps?

Recruited athlete isn’t really an ordinary hook. It’s a class of its own. I’ve seen schools completely abandon their standards for a recruited athlete.

But I will fully admit the process is opaque in terms of just how much other hooks matter.

Most of us probably agree legacy is a minor hook.

According to lawsuit data, Harvard’s admissions rate for legacies (who are disproportionately white) was five times higher than for non-legacies, and 36% of the class of 2022 were legacies. Seems more than minor to me, and its impact on overall admissions rates dwarfs that of the impact of URM admissions.

I found this… I don’t know how accurate it is, but sounds like the real deal… 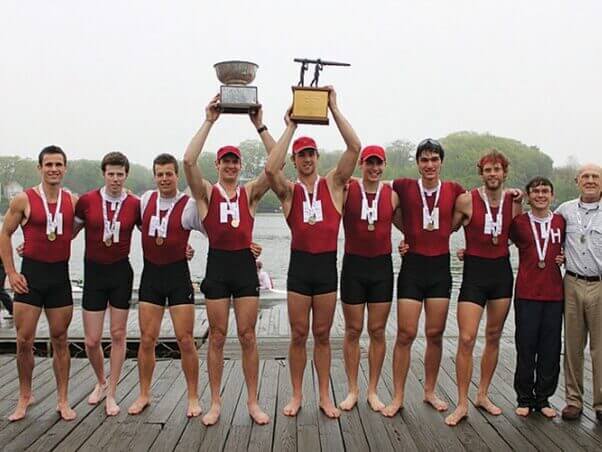 The 5 Types of Students that Get into Harvard

Four categories of students make up \~60% of each incoming Harvard class.