Does anyone live there? We are moving there in July and I’m starting my research and trying to decide if we should live on base at Kirtland or out in town. It’ll be our first move where neither of our kids will live with us full-time, as both will be away at college come August.

We almost took jobs there in 1986. All I remember is that I wanted trees in my yard but that part of town was expensive.

OP-at what point in your AF career are you/your family? In other words, how long do you anticipate being at Kirtland? Is this the final stop in your AF career or will there be other assignments in the future? I ask because-like everywhere else in the USA-the real estate market is pretty hot, up well over 10% the past year alone.

And like everywhere else, it’s got distinct neighborhoods…and traffic. How far from the base are you willing to commute?

All that said, I generally recommend that living in the community, absent other factors, beats living on base when you’re near a large city-but that clearly is a personal thing.

It’s probably best for you to take a least one trip to the city before your transfer; depending on where you are from and where you have been stationed before, it may be something completely different from what you are used to .

My husband is not in the Air Force, but another service. He’ll retire two years after we move there, and we have no plans whatsoever to stay there post-retirement. This will be our 7th military move and we’ve been pretty evenly split between on/off base living so far. Minimal commute would be ideal- he’s still recovering from the two plus hours each way he had in the Bay Area, and that was two duty stations ago! Ha! Probably no more than 20-25 mins each way.

@WayOutWestMom will be able to give you all the information you will need.

We almost moved there a few years ago for a job. To me it’s a town that has a city that has a little bit of everything. Crime, nice safe places, arts, boring suburb looking areas, skiing, hiking, etc. I guess it’s missing a beach.

Give it a shot for 2 years. You might end up liking it.

Long time resident of ABQ. Moved there in 1980; left just 2 months ago.

The base housing is old, like built in the 1950s old and not updated-- (except for the BAQ/BOQ–which are fairly new apartments).

I would recommend you consider off base housing.

Also the area immediately around base can be problematic as it’s a low income area and has seen increasing crime. Avoid anything along Central Ave, and Gibson Ave west of the base (where family off-base housing is located) due issues with the homeless, drug dealing and crime.

What’s your housing budget? I’d recommend the NE heights (particularly closer to the mountains to the east and north of Commanche), the Far Northeast Heights, along the west side of the Rio Grande north of Central (some really nice housing developments there) or the Westside if you want to stay in town. People also commute into base from the ABQ “suburbs” of Corrales, Rio Rancho and Placitas (former hippie commune where Easy Rider was filmed that is now all big houses in the hills).

The one issue with living on the Westside (which anything on the west side of the Rio Grande, including Rio Rancho and Corrales) is traffic. There are only 6 bridges across the Rio Grande in ABQ (from N to S: Alameda, Paseo del Norte, Montaño, I-40, Central Ave and Bridge St.) Alameda, Montaño and Bridge are 2 lane roads with limited access. Central and Bridge are pretty far south of where most people actually live so aren’t useful crossings. Paseo and I-40 have very heavy commuter traffic during rush hours and can back up. My work colleague lives in Corrales (our place of employment was literally between the Truman and Gibson gates of the base.) and it routinely took her 45+ minutes to make the drive during rush hour. In normal traffic, it’s more like a 25 minute drive.

Some the older neighborhoods near the Old Town area are undergoing expansive renovation and are really quite nice. There are bunch of trendy new apartment buildings in the same area, especially toward the Biopark/Rio Grande River.

Albuquerque is my hometown and I earned all my degrees from UNM. I don’t live there now, but do still have family there. Feel free to DM me.

Edit: I also worked for the school district for 20 years.

One more thing. ABQ is very bike-friendly. My husband routinely commuted to his job on base by bike for 25 years. There are showers & changing rooms/lockers for bike commuters on base.

City buses also service Kirtland so that can be a consideration too.

I should also mention many people commute from the east side of the Sandia and Manzano Mountains via I-40 through Tijeras Canyon. That would still under 25-30 minutes.

Be happy to answer any questions by DM.

I have lived there 20 years ago and live there now for the past 9 months. I am on a temp job and live on my own in a cute little casita in the North Valley. Really great area near the Rio Grande with some spectacular neighborhoods, but but very pricey.

20 years ago I lived in Rio Rancho which was a long commute, and then we moved to Taylor Ranch on the mid west side which I loved. Our house there was my favorite of the six homes we have lived in. It was in the Las Terrazas neighborhood.

Albuquerque has a lot of property crime. Don’t ever leave anything in your car, and it’s best to have a garage. High murder rate too, but don’t become a gang member and you’ll be OK. People drive crazy, and the rule is to always look both ways at a green light, bc people run red lights regularly.

That being said, I love Albuquerque and the multicultural environment. Art is a big deal here and there are so many interesting places to visit. From the Santa Fe Plaza with Native American artists selling their goods each weekend to the spectacular Valle Grande, which is a large grassy valley in the middle of an ancient volcano. Lots of other fantastic natural and cultural sites to explore. The food is awesome too!

Besides the awesome food, ABQ has a really vibrant brewpub scene. Tons of microbreweries

and pretty much all of them are excellent.

Try a Marble Brewery Double White. You won’t be disappointed.

Unfortunately, I have celiac, so lots of food and all breweries are gonna be off limits to me. 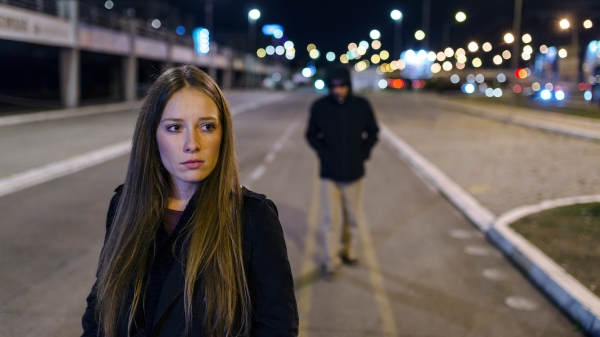 Albuquerque ranks #8, while New Orleans is at #40. (I recall that you asked about New Orleans a couple of years ago.)

I saw a report about 6 or 7 months ago that listed the Albuquerque Metro area at #1 for crime (but not for murders).

Well, we really have no say over where they send us (and we ended up in the twin cities instead of New Orleans), so the crime rate doesn’t change much. My daughter, however, is considering a college in Kalamazoo, which gives something more to consider about that.

A great deal of New Mexican cuisine is gluten-free, based on corn, pinto beans and rice. Also most of the breweries have their own cider offerings and usually offer a gluten-free menu.

Crime is very, very ill-distributed in ABQ. There are definitely bad parts of town where no one should go unless they have a VERY good reason (and then not at night), but at the same time there are areas of town that are quite safe.

Crime reports mean that it is worth spending more money on living in a safe location; these reports do not mean that a metropolitan area is bad, just selective.