Son has been offered acceptance to both scgools for football. In all the research we have uncovered both schools appear to be equal. My son was going to be an economics major at Trinity and Bentley is obviously a business school. Would love to hear anyones input and reccomendation on the schools.

Bentley is in a better area for student life, is decently regarded in Boston.

Trinity has a strong alumni network and is more of a traditional college feel.

How much does the cost differ between the two?

Everything between the schools is almost identical including the tuition. I understand that trinity has a better social aspect and campus life. While Bentley is more suburban type.

Then it depends on what your son wants. The main fault lines are does he want access to a city (it is somewhat easy to get to Boston on weekends, Hartford is nothing to write home about), does he want to study liberal arts or business, and does he want more of a regional MA school or a school that heavily attracts private school alumni (Trinity)? There is no easy answer here.

Funny part is he does not have preferential likes both. As parent good football programs tat each one so cant even decisde there. Trying to figure out which would be best long term decision.

Trying to figure out which would be best long term decision.

Where does he feel he’ll get more PT.

In the end he has to decide. Maybe take another trip, talk to more kids on campus. Maybe flip a coin.

I would think it would come down to a more focused student body vs more traditional.

You might also learn if one is more a complete school…Ie kids stay on weekends or many go home.

Finally I would check career placement reports. See which place in the type of career he might desire.

If that fails who has nicer dorms and better food

Ps Bentley does appear to offer many liberal arts classes. Mostly social science, not humanities. Obviously not what Trinity will but I don’t think they are devoid of non business.

Bentley is primarily business oriented and their student placement post graduation is that area is very good. Trinity will provide more breadth of majors and courses.

I guess I would say there will be people who go to Harvard that will work for UMASS grads. I’ve got an MBA, make what most would consider a great income, and I had a boss who was a HS grad and was attending U of Phoenix.

Both are great schools. One is more pre professional.

I would check the career outcome for type of jobs to see if one schools outcomes resonate more with your son.

But I think both schools will get him to where he wants to be. After that, it’s he, not the school, that will make his success.

It’s like do you want Patrick mahomes or Lamar Jackson 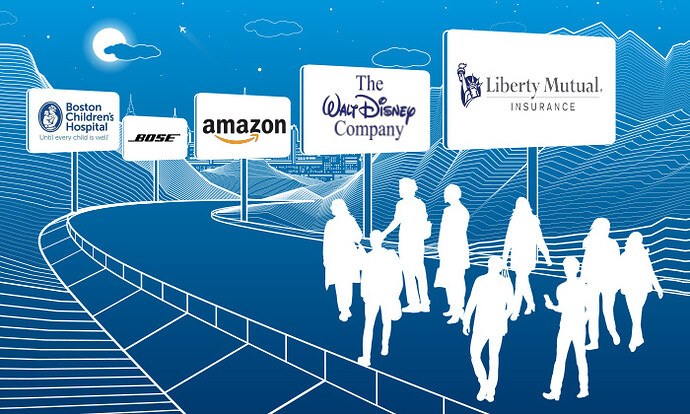 Ninety nine percent of Bentley University’s undergraduate Class of 2018 are employed, attending or planning to attend graduate school, according to statistics reported six months after their graduation.

Do you mean that each football coach has offered his full support through the application process? Your son doesn’t really have formal admission offers yet, correct?

Regarding schools, what would your son major in at each? Does he prefer to major in business rather than Econ? There are no business majors at Trinity…although many students do enter the business world after graduation. What if he doesn’t like Econ (which is not uncommon).

“Everything between the schools is almost identical including the tuition. I understand that trinity has a better social aspect and campus life. While Bentley is more suburban type.”

I’m not sure I agree that Trinity has a better social aspect than Bentley. There are a lot of social things going on at Bentley there are fraternities, sororities, club sports, academic clubs etc.

I think the biggest differentiator is the surrounding area. Trinity is in a horrible part of a crappy city in a down turning state. Bentley is in a very large suburb outside of a top city in a growth state.

Both colleges have a lot of rich kids. Trinity is more the old-money rich kind of kids where is Bentley is the more new money rich (kids coming from top public schools/towns and privates).

Lots of generalizations here but I’m trying to give you a picture of both schools. To me the biggest negative of Trinity is the location. Boston is just in exploding growth mode and Hartford is not. I read some statistic about the fact that most people (80%+) live either near where they grew up or where they went to college. So it’s something to think about too.

Yes Son has been offered both. Son knows wants to do something in business. I am assuming ECON is the NESCAC way of introducing a business management /philosophy in their educational majors. I know not the equivalent to business degree at Bentley. I guess if it does not work Econ at Trinity he will have to pick another major same would apply as well to Bentley there are many different business majors at Bentley.

I thank you for your response. It is so funny that you mention proximity to the school. This is totally accurate. I also understand crappy area of Trinity although Bentley is in Waltham not the greatest of Cities either but nothing compared to Trinity. Boston is crazy and booming. I think by playing football and the time consumption of playing he will mostly be with the players and the social aspect not too concerned about. He has always fit in. I just find it odd that these schools are so comparable.

Be careful here. Trinity is a liberal arts college (LAC). The students who study business-related fields like econ have no problem at all getting recruited by major firms. In fact, Trinity is known to swing above its weight when it comes to Wall Street placements. Bentley, on the other hand, is focused 100% on pre-professional business education, so there are no philosophy or art history majors in their hiring stats.

I honestly think the schools are fairly dissimilar. As noted, Bentley is an undergraduate business school. Trinity is an LAC. This makes a big difference in courses offered and the composition of the faculty and student populations.

Bentley is like Bryant – a business school known in New England but not many other places. Trinity is a NESCAC school. I know, I know, NESCAC is an athletic conference. But the schools have more in common than athletic competition. They emphasize the scholar part of scholar/athlete. The NESCAC schools all have very strong alumni networks. While the liberal arts schools that belong to the conference may not all be household names outside of the Northeast, they do have stronger brand equity with a bit more reach (or in the case of the most selective of them like Williams and Amherst, a lot more reach).

I appreciate your response. My son is looking to stay in the Northeast. Having said that I would think that Bentley graduates students with a more general business approach , management as well as finance and accounting. Are you saying that the Econ program at Trinity is diversified and offers this type of approach along with the various other liberal arts courses. I understand about the alumni network. I believe both schools have that. Curious though Bentley keeps toughing their graduates employment records and median salary in their publications.

Both the Math and Econ departments at Trinity have classes in Finance. The Econ Department offers Accounting. I’ll be blunt: Trinity is more selective than Bentley and employers know it. Now, selectivity is not as important as fit. It’s all about where your son wants to play and study. If he is interested in having a range of business-focused majors to choose from, Bentley has the clear advantage.