I’m deciding between Smith and Bryn Mawr for Political Science, minors/double majors would probably be something like sociology or women and gender studies. Both gave comparative financial aid, around $4,000 parent contribution. Bryn Mawr would require more loans but I can very likely cover those with outside scholarships.

Things I value in college:
-Quality of education
-Supportive student culture and environment (competitive but NOT dominated by stress culture)
-Access to competitive grad school/law school programs later on

Smith Pros:
-Got into STRIDE program, would get to do research as a freshman and sophomore
-Love the house system
-Solid government program, highly ranked as a school in general (I believe consistently higher than Bryn Mawr? pretty close though)
-Strong sense of community
-Open curriculum!!

Smith Cons:
-Two hours outside of Boston, not as urban as I would like
-Less access in consortium to more “prestigious” schools, standout is Amherst but even then it’s a 40 minute bus ride to get there

Bryn Mawr Pros:
-Amazing consortium with access to Swarthmore, Haverford, and UPenn. This is one of the major aspects making my decision hard.
-Super close to Philadelphia, like the location more in general, probably easier access to internships

Bryn Mawr Cons:
-Had a super offputting email exchange with their disability office, dreading having to ask for accommodations and it’s up in the air if I’ll get the housing accommodations I want (almost guaranteed at Smith, disability office was super nice)
-Don’t like the residential system as much but it’s not awful
-Student population is significantly smaller than Smith, I’d prefer a slightly larger school

Overall I really just don’t want to pass up opportunities that I’ll regret later on!! I would super love advice from anyone that has insight!! Thanks

Smith appears in the site below on colleges notable for their government programs. With respect to schools related to your decision, Haverford, Swarthmore, Penn and Amherst also appear. 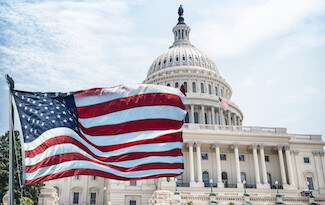 Looking for a college with strong offerings in political science? Be sure to check out this list of the Best Colleges for Political Science, including links to each school's political science program.

Both gave comparative financial aid, around $4,000 parent contribution. Bryn Mawr would require more loans but I can very likely cover those with outside scholarships.

I would start with this - what is the total amount of loans you will have to assume? Outside scholarships are often highly competitive, by no means guaranteed. If you’re talking the basic federal student loan (probably subsidized if your parental contribution is 4K), that’s manageable but still will require many years to pay off. If it’s substantially more than that, I would think long and hard about what long term debt would mean for you.

We have spent a lot of time debating Bryn Mawr vs. Smith lately because my D got into both schools. You have covered most of the essential differences. I will add just a few things.

Bryn Mawr + Haverford function pretty much as one and the combined population of both schools is pretty similar to Smith. From what we researched, getting to and from Swarthmore is a bit of a pain, unless you have a car. BMC students do take advantage of opportunities to take classes at Penn and to access Philadelphia because the public transportation by train is fast and convenient.

BMC also has a reputation for being collaborative. BMC students are also often seen as academically serious or intense. My sense is that the student bodies are probably more similar than they are different. You will find academically ambitious, mutually supportive, and socially/politically engaged students at both places.

Depending on where you live, one might be easier or more difficult to travel to and from. Probably not a deal breaker but worth looking into.

If you need accommodations for a disability, relations with that office will be important. You might want to put in a call to the BMC office and try to speak to somebody different. See if you have a different experience. Either way, it will give you more information to help your decision.

They are both terrific schools. Good luck!

Hi,
First congrats! Both great choices. My D21 is deciding between Smith, Mount Holyoke and Bryn Mayr. She has shadowed classes at Bryn Mawr and Mount Holyoke and is trying to set something up at Smith. She’s also spent a bunch of time perusing their course catalogs. She’s found the classes at BMC are much more interesting to her (she’s a humanities kid interested in linguistics, anthropology, history, literature, etc). She’s the opposite and isn’t thrilled about the “house” system as it seems sort of selective and would lead to exclusivity. She loves that Bryn Mawr looks like Hogwarts and loves all the traditions, like it’s one big sorority that everyone is a part of without the exclusiveness. She also loves that it’s easy to get to BMC from west coast where we are and she thinks it seems more diverse especially that it’s 20 minutes from Philly. My two cents!