Cambridge--How to choose among the colleges? What are the students like?

My name is Fiona, and I am a US applicant who is strongly considering applying to Psychological and Behavourial Sciences at Cambridge. I’m looking into colleges, and I’m not sure which to choose. So many amazing colleges! I’m overwhelmed by choice. I’ve found a lot of information about my top choices online, but one the thing I can’t find out is what the students are like. To that end, what are the students like at Trinity College? At Jesus College? St. John’s? St. Catherine’s? Queen’s? I know I probably won’t have a choice anyway, but at least for my initial application I want to pick the best choice for me. Thank you so much for your time!

There are a few different factors to consider:

All data about applications by subject and college is visible online. You can also look up data on the relative academic success of the colleges (number of firsts), it’s called the Tompkins table. Data on public (state) vs private schools can also be informative in determine how wealthy the students are likely to be.

Beyond that, reputation wise, Kings is left wing, Magdalene the opposite, there are a few associations with particular sports (John’s rugby, Downing rowing, etc.).

I’d pick a college which has a substantial contingent of students in your subject (5+ as a minimum), then look for somewhere near your department’s lectures (cycling from Girton for a 9am lecture is not fun in winter), then consider its accommodation (in particular if you get to live in college all three years or at least get a nearby room in the second year) and other facilities.

To your specifics (firmly tongue in cheek):
Trinity College? Know they are at the richest and best college. Self-satisfied.
Jesus College? Run down accommodation but at least you can get to the boathouse easily at 6am.
St. John’s? Thought they were at the best college, but Trinity is next door. Always trying to compete with Trinity to be the biggest and best, especially at rowing.
St. Catherine’s? Convenient for lectures but eminently forgettable. Have to remind people they meet where it is. I still don’t know.
Queen’s? Mathematical bridge on the river is what they want you to mention rather than the modern monstrosity of a building next to it. Poor but nice and central, so in heavy demand.

(This is fun, I can do the same for other colleges if it’s helpful)

The PBS course does have a very small of places compared to maths, nat sci etc. That makes it important to have a director of studies who is a fellow of your college rather than being shared from another college (PBS Tripos Directors of Studies | Psychological and Behavioural Sciences Tripos). Obviously Simon Baron-Cohen at Trinity (Borat’s brother) is by far the most famous.

Looking at the stats for admissions (Application statistics | Undergraduate Study) it seems to me that you have Fitzwilliam (new, poor, up the hill a long way from lectures and everything else) with one of the best chances of admission, Homerton (formerly a teacher training college, long way out, many people don’t consider it a “proper” college), Kings (beautiful, left wing, fairly decent facilities), Newnham (women only, very blue stocking, poor but actually ok for accommodation) and Trinity (rich, good for accommodation) amongst the major colleges with 4+ offers per year.

I would tend towards ignoring Homerton, then think if you want a women’s college (Newnham), and if not then you’ve got better odds at Fitz, but might find either Trinity or Kings more classically appealing. My only caution on Kings would be that I don’t know if left wing might manifest itself in some circles as anti-Americanism. If you can’t find any interesting options in this list then widen it to the colleges with 3 offers. Lectures will presumably be on the New Museums Site so close to Kings, St Catherine’s and an easy walk from Newnham or Trinity. 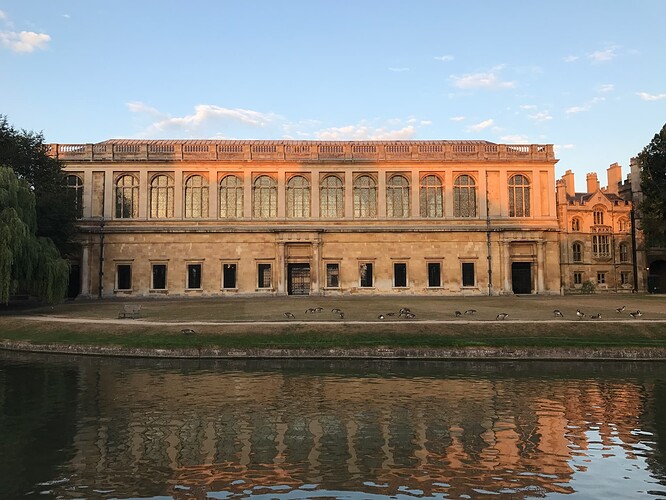 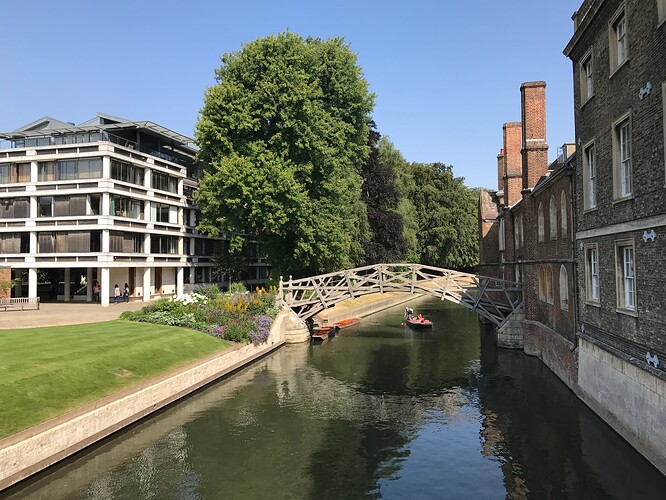 Here’s some photos of a nice (but modern) room, note all are singles, en-suite bathroom (as shown here) is extremely rare: 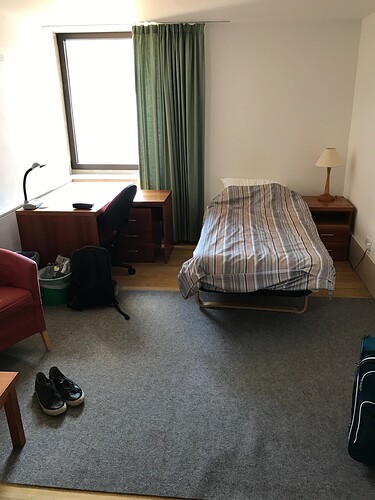 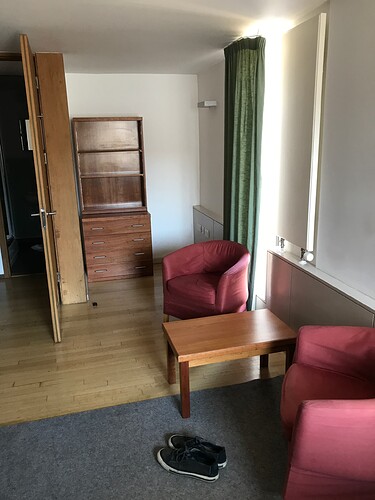 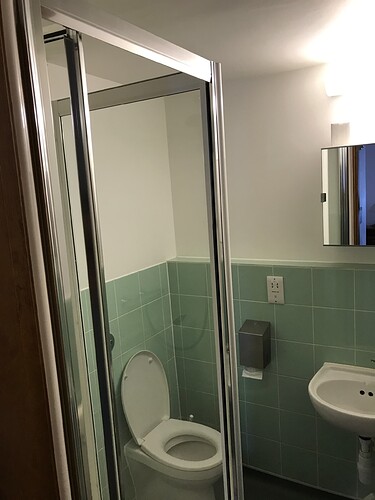 Postscript: some colleges like Trinity have “bedders” whose job it is to make your bed, dust and empty your bin each day! Perhaps predictably, given historical sexism, that doesn’t exist at Newnham.

Wow! Thanks so much for your reply–you really cleared things up for me.

What does it mean for a college to be “rich” or “poor”?

In part this is what it means for a college to be rich (a good wine cellar): 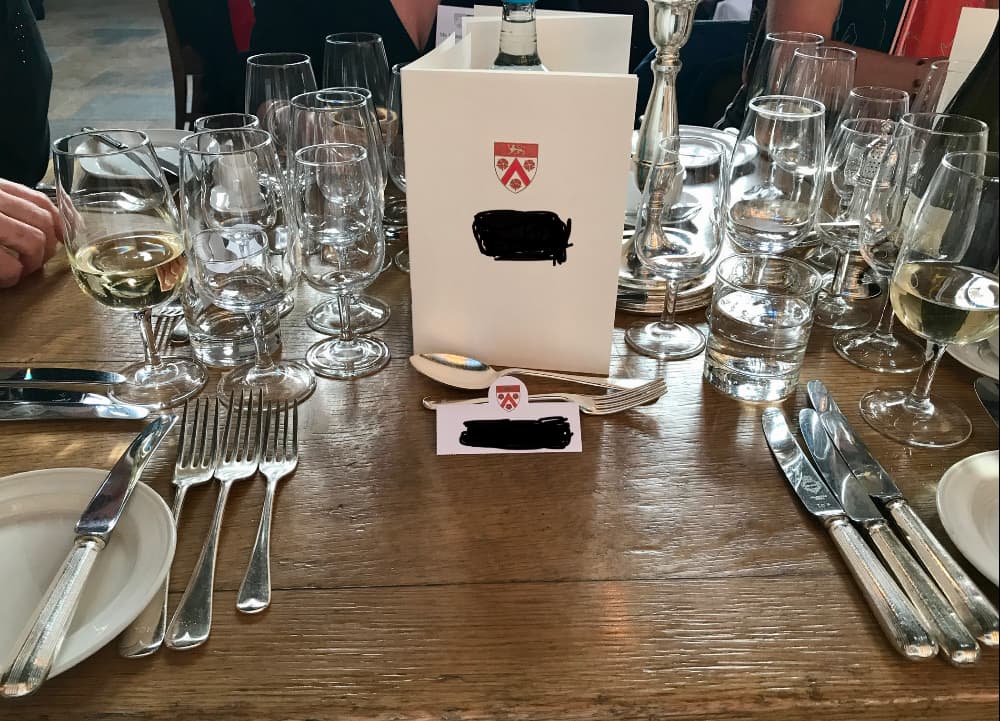 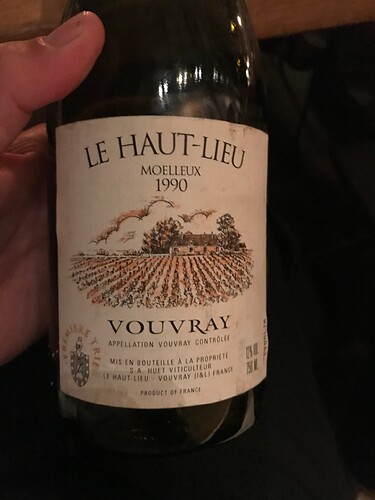 I expect there will be some anti-Americanism at every college, though perhaps the amount varies.

The thing is, it isn’t a joke. I think you need to dive a lot deeper into the entitled culture at these colleges to make certain this is a fit. I’m not saying you shouldn’t attend if you don’t come from a wealthy/upper-class background, rather, you need to better understand what that looks like and evaluate your choices through that lens as well. The class structure in Britain is very entrenched. This is clear when in a short summary a key distinction is “rich” and “poor” colleges.

I expect there will be some anti-Americanism at every college

At every international university, even in the countries that are friendliest with the US.

As a international student, I’d make accommodation in college or at least in college owned housing for the full duration of your course a priority.

Also, as PPs have mentioned, living in or near the city center has a lot of advantages.

Women’s and former women’s colleges have not quite the fanciest reputations, but tend to be friendlier and more inclusive, particularly for international students.

If you don’t want to try rowing, probably no point competing for the more popular colleges near the river.

A couple of colleges have outdoor swimming pools, I forget which but I would have loved that in summer!

The thing is, it isn’t a joke. I think you need to dive a lot deeper into the entitled culture at these colleges to make certain this is a fit. I’m not saying you shouldn’t attend if you don’t come from a wealthy/upper-class background, rather, you need to better understand what that looks like and evaluate your choices through that lens as well.

Except for the fact that an American who can afford to attend Cambridge and pay more than $50K per year is likely to be much wealthier than at least 80-90% of the students at any college. In the last decade, the share of state school students has increased rapidly (now over 70%) and general income levels in the UK are dramatically lower in most parts of the economy than the US.

I came from one of the poorest parts of the UK, neither parent went to university, and it required a bunch of social learning, eg which way to pass the port

and how to hand-tie a bow tie. But those formal events (dinners, May Balls, etc) and other traditions (eg punting) were the most memorable parts of the experience.

Some colleges have more state school students than others, but you are kidding yourself if you think this is a more privileged and entitled culture than HYP. Notably, unlike the US, you can’t buy your way in and even royal family members and the prime minister’s kids get rejected.

Yes, there are lots of antiquated traditions (college-specific Latin grace before formal meals, black tie feasts like the one above), but I’d worry much more about whether the intellectual culture is a fit (since there are lots of incredibly smart and competitive people who aren’t reticent about showing it and are encouraged to do so in supervisions) than whether the social culture is a fit.

Actually I think most Americans find the traditions to be quite fun, since they would never think of themselves as auditioning for a role in the upper echelons of British society, but more that they are participating in a historical re-enactment. But it’s your choice, and as noted above, there’s a lot less of it at some of the newer/poorer/more distant colleges.

https://www.applytocambridge.com/
Have you had a look at the Alternative prospectus?

You are bringing back so many memories! I worked as a waitress for a year in the 80s at Gonville & Caius. I grew up in a working class neighborhood and attended my local public university in Spain, so it was quite an experience to say the least!

I read Roger Bennett’s autobiography on summer vacation ((Re)born In The USA by Roger Bennett – HarperCollins). That brought back a lot of memories of growing up in 1980s England (and lots of parallels with my life too).

Well thanks for that, @Twoin18! Your reference reminded me that I never saw The History Boys, so we just watched it online. Made for a very unproductive evening, but worth it

Collegedad related to many of the pieces of the film as well, though he said that none of his teachers were as engaging as the ones in the film! 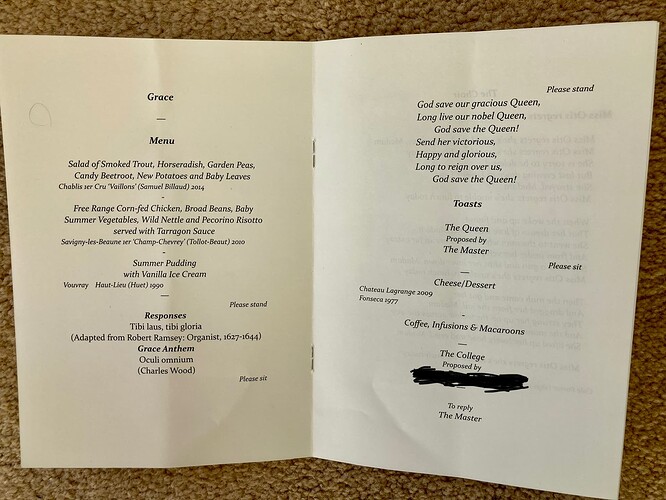