I know that I haven’t been posting much lately. I have become ensnared into a couple of crazy projects. I have two clients that purchased properties that had an unpermitted Accessory Dwelling Unit (ADU). One one has two rentals in the basement and the garage. We have been just cleaning them up and desperately trying to get plans and permits to legalize the rentals. The City of San Diego has big lip service on how they are promoting ADUs and have a special new law passed that encourages owners to legalize/permit existing ADUs.

Let me tell you the hoops we are going through to get the plans drawn and try to get these permits approved are crazy. The building code requirements are onerous. One of the permits is to try to legalize a small bedroom addition that is attached to a permitted detached ‘family room’. OMG, by the time we get done trying to get this drawn, permitted and meeting their ridiculous code requirements (like wiring, light, switch, outlet in the little attic that a human cannot possibly crawl into) it is going to cost the elderly woman at least $30,000!!

The other project is a true nightmare and will end up costing at least $75,000 to get two rental units permitted. These owners bought the place thinking they got a great deal with the extra rental units and all they needed to do was ‘get them permitted’.

No photos, nothing is a beautiful transformation. But I am now an expert on ADUs and trying to get stuff legalized if anyone has any questions

The real reason I am starting this post is that I will be starting a new project about June 13 for a young couple who bought their first home. It is a Grandma Home with carpet, popcorn ceilings and wallpaper everywhere. I will be sharing that transformation. They only have a budget of $25,000 so we cannot do new kitchens and bathrooms.

And, I have a really exciting project coming in July that I will share in the future. We are taking our team on the road (well, really on an airplane) to help out a close friend.

Ouch about the permitting. My D and SIL bought a house with an ADU that turned out to be unpermitted. (And that wasn’t disclosed in the sales contract!) The unit is above a detached garage and has been rented out for multiple years despite this being in direct violation of town ordinances. They would like to bring the unit up to building code and remodel it, but the town refuses to acknowledge the unit exists–even after more than two decades since it was built-- and expects them to tear it down. Umm…no.

Looking forward to following along on both projects, although it sounds like I won’t be able to pop by the second one to check progress…or will I?

Well, that’s crazy that they will not permit the unit above garage. There’s such a housing shortage in San Diego they encourage these rentals, but at a cost.

Gear to see a new thread, @coralbrook! Glad to see you are staying busy. Let’s see how your road trip project works… I have a bath in a deep need of a cosmetic facelift!

Permits are such ca$h cow to cities! We replaced our ugly cedar shake roof with a very nice metal roof. The city dude never came to even look at it (I was working from the house all the time!!) - maybe he swung by when I was in the bathroom, lol. I should have checked our security camera recordings…

Well, @BunsenBurner, if you can convince Coralbrook to head to the great PNW, I’ll throw in a bathroom, too. Just to help out and keep them busy.

So glad you’re posting again, @Coralbrook. It’s always delightful to read your threads. (Especially because I have no skin in the game.)

Wow, you would think they’d have legal recourse since it wasn’t disclosed when the property was purchased!

@coralbrook - I have a friend in Clairemont that wants to build an ADU on her property to live in so that her son and his family can take over the main house. I will give her a heads up on the permitting nightmare with the city of San Diego.

The very nice RE lawyer who D consulted about the permitting told she had strong grounds to sue the seller–which might be a workable idea if he didn’t live in China.

When we did our bathroom remodel, our previous contractor went to the city of Poway because, apparently, during the Pandemic, you couldn’t get through to the San Diego office, so the inspections, from other local cities, were allowed and the permits were really fast.

Good luck on everything @coralbrook, and good luck to everyone else’s family members going through this!!!

I just opened up a new California State Law from 2021 with even stronger code changes to encourage ADUs. It clearly states that jurisdictions have to approve ADU permit within 60 days or the permit is immediately considered ‘approved’. And many other concessions. The State is actually writing letters to jurisdictions that are trying to make it hard to get ADUs in their City (like San Jose). The State law overrides anything that local cities try to circumvent (hello City of Arcadia).

So now I’m trying to figure out how I can ‘point out’ to the City of La Mesa (permit 1) and City of San Diego (Permit 2) that they only have 60 days to approve these permits. They probably count it as 60 working days which is about 3 months. Or, they probably start the 60 day countdown every time they return a ‘comment’ on the plans. The City of La Mesa permit for the small bedroom with no plumbing has been going in circles for 4 months and the City keeps shutting down because they are doing ‘system conversions’.

In both these cases the buyers knew that the areas were unpermitted. It was disclosed. But they both thought it would just be easy to get the permits

Just redid my grandparents house for my Dad. Re: Permits. Yes, they are expensive but here’s what it came down to.

Some things had been done so long ago (60+ years) that it did not make sense to go in and redo it all. Too costly and difficult. People used to be more handy and many people fixed their own plumbing/carpentry etc. It worked. And permits were more lenient but haven’t been for at least 30 years. During construction we found a 75 year old cast iron pipe my grandfather had taken from the navy yard. It had the name of an old ship on it. Early recycling, I guess.

When buying a home if the permits aren’t there, a buyer should expect to pay huge fees to get them fixed and delays as well as most electrical, painters, plumbers etc are very busy. It isn’t fair to those who follow the rules to let everyone just not follow permit guidelines, IMO. More importantly, without permits a buyer takes on huge liability.

We walked away from a house in 2019 that had a bathroom and finished basement with no permits. It’s a huge potential money pit. My spouse wanted NOTHING to do with it. House was fabulous.

Some cities and towns are worse than others to get a permit. You really don’t know until you need one and need to meet with the inspector.

Road trips? @coralbrook does road trips??? Where do I sign up!

made my day to see your new thread on here! looking forward to following along…

I think it needs to be disclosed to the local media. They are the ones that were reporting on the new ADU regulations. 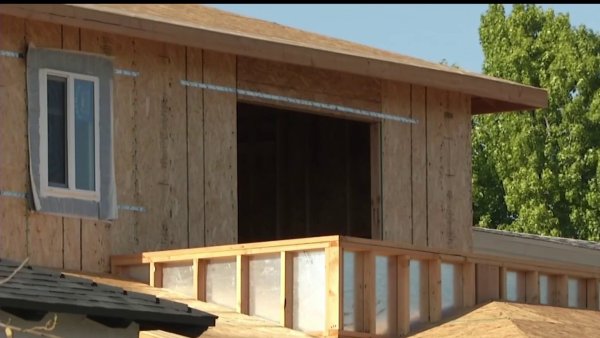 Mayor's ‘Housing For All Of Us' Plan Opens Door for More Controversial Granny...

The conversation surrounding accessory dwelling units (ADUs), or granny flats, is heating up once again after the San Diego City Council approved Mayor Todd Gloria’s Homes For All of Us housing package Tuesday night. 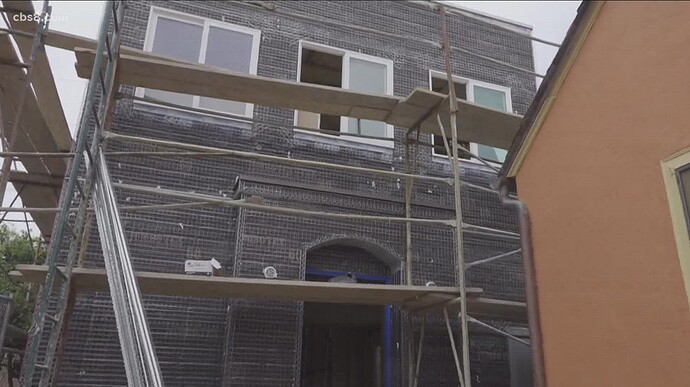 In many San Diego neighborhoods, signs are up saying, "Save our Neighborhoods" to get the word out against a city housing plan for ADU's or Accessory Dwelling Units.

THE PEOPLE OF THE STATE OF CALIFORNIA DO ENACT AS FOLLOWS:

I think of Coralbrook when I go to see one of my children. She lives in a 1951 California Cottage that is 1100 square feet with 3 bedrooms and only 1 bath. I think Coralbrook has the talent to see potential that many of us can’t.
We have thought about building an ADU on another one of our kids properties. We would use it when we came to visit. We have also thought about it for our property. We are seeing a lot of them go upon our neighborhood.

There is a lot of discussion of ADU on local FB page, as a possible way to increase housing density. But it can be pricey, even if converting existing space just the Permits/Fees supposedly can be $5-$10K.

Per google searches, construction costs on a separate structure can be very high. One example blurb - “ A UC-Berkeley survey calculated that the average cost of an ADU was $156,000. However, ADU costs run higher in certain markets. For example, in California’s Bay Area, the average cost is about $350,000 to $390,000.Feb 12, 2021”

I have a remodel in WA, too–kitchen and bathroom. Whaddya say, @coralbrook ?