Hey! I’m a junior in high school just starting to really look at colleges. I toured Georgetown and I really liked it but it’s a bit of a reach for me and also too expensive. Because of this, I was trying to find some similar colleges. I liked it because of the size and campus (closed campus in a city). I thought the surrounding area was really cool so something like that would be ideal. I did not really care about the religious affiliation because personally I’m not very religious, but it didn’t bother me either. Just for reference, my current test scores are a 29 ACT and 1340 SAT (but I’m hoping to get them up a bit more) and am hoping to major in environmental science or something similar. Thank you so much for anyone who helps me out!

American University has a compact (84 acres) campus in Washington DC. Not sure whether or not environmental science is offered.

Anywhere in the country?

Boston College has a lot of overlap. GW and American if DC is main draw. 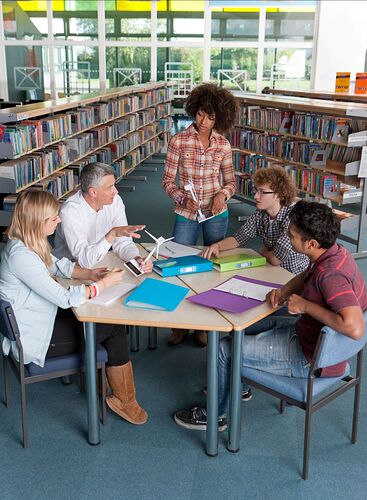 Fordham is another closed campus in a major city. Easier to get into, but is also very expensive.

surrounding area is not really safe or nice

I toured Georgetown and I really liked it but it’s a bit of a reach for me and also too expensive. Because of this, I was trying to find some similar colleges.

Many of the colleges mentioned above are similar to G’town, and just as expensive. Best to start with your budget…what is it? Will you qualify for need based aid, or do you need to look at schools that offer merit aid?

My son graduated from Fordham and I’d beg to differ. The campus itself is gated and feels very safe. It is right next to Arthur Avenue, the Botanical Gardens and has easy access to Manhattan. As with any urban campus one needs to use common sense (ex. no walking around off campus drunk at 2AM waving your iPhone).

To the OP you should look at other Jesuit colleges through the US (Google Jesuit universities). Many are mid sized universities in urban areas. There is a excellent range in terms of academic selectivity and location. Many offer merit aid.

My uncle’s restaurant is on Arthur Ave. I know the area really well. There is a reason why Fordham is gated. Now OFC the school itself is great - the immediate area is not. OP - You need to visit and see for yourself - everyone is different.

If you want a great school in a really nice city with tons to do - I would check out all the schools in the Boston area.

Agree that anyone interested should visit for him/herself. And with that let us close the discussion of Fordham’s area as debating is not permitted on CC.

I would prefer somewhere on the east coast or the midwest, but I’m willing to look anywhere :))

Gtown is ‘adjacent’ to a cool area. I believe Pitt is but didn’t get there. Tampa is……way lesser school but u r looking safety.

On niche best locations DePaul popped…near urban. As did SMU. Macalester may be another.

Luckily my parents are paying for me and they said they don’t have a specific budget. However, I most likely won’t get need based financial aid, so most of the money I do get will be from merit aid or independent scholarships. For some reference, one of my sisters went to College of Charleston out of state so around there would be about the max (maybe more if I could get some aid)

My daughter goes there oos. Tuition free but she’s a Charleston Fellow and Intl Scholar. I would not describe it like Gtown although it is adjacent to the city like Gtown

For colleges smaller than Georgetown that are somewhat less reachy than Georgetown but also in nice big city neighborhoods/suburbs, see Macalester and Bryn Mawr. Schools that are quite similar to Georgetown include Boston College and Villanova, but they are clearly suburban, not city; both somewhat less reachy than Georgetown. For city, the suggestion of checking out some of the other Catholic schools is quite good; Saint Louis University, Loyola Chicago, Loyola NO and maybe LMU might be worth your time. You will need to research environmental programs.

You might also want to consider Tulane, but you would need to go in Early Decision. The difference between their ED rate (much higher than Georgetown) and RD rate (much lower than Georgetown) is unbelievable. I noticed Tulane is in the list of schools with good environmental programs that someone else posted.