How would a recession affect college applications?

We’re already seeing several tech companies that have slowed hiring. If more companies halt or reduce headcount, not sure if that will affect new graduates or more experienced workers who have higher salaries.

Typically, an industry downturn affects employees at all levels.

If the computing industry has a deep downturn, it could “solve” many universities’ problems with overflowing CS departments.

I’m very skeptical that a recession will somehow affect the conventional pecking order. People were predicting the same thing about COVID-19, that residential campuses would become unsustainable. Every calamity that comes along is supposed to reshuffle the deck. But, it never happens.

Perhaps they reduce campus upgrades, or some combination of all of the above.

Usually the first thing to go are adjunct faculty or other temporary staff; they drop those classes taught by adjuncts. If the government give less money for work study, those positions will be reduced. I doubt any of the top schools are worried. The state schools (especially flagships) should be fine. It’s the medium sized schools or the smaller state schools that can’t afford to lose 10% of their students without feeling the pinch.

I agree with other answers that this might increase applications to in-state public universities. Working in high tech I already know quite a few people with academically strong kids but who are not comfortable with what the NPC shows at private universities. I would expect this to become more true in a recession, particularly if stock options or bonuses are not helping to pay education costs.

If people start being nervous about continued employment on a long term basis, this might make them nervous about taking on education debt. Again this could increase applications to in-state public universities, and to some extent to universities that meet full need with no loans. Seeing people take on less education debt would IMHO be a good thing.

I have wondered about how this might impact the mix in terms of what majors people prefer. At first glance it might seem likely to increase interest in majors that are connected to good jobs. However, if this corresponds to a downturn in for example high tech then we might wonder what impact it would have on technology degrees.

With the baby boomers aging, I would expect that nursing and other health care related positions would remain very necessary and might look relatively attractive as other hiring slows down.

I still think it’ll affect Early decision applications more than anything else.

Some people may not want to financially commit $80k to a binding private school and instead wait for regular decision when they can compare the costs of all the different schools. They may also want to wait several months to better assess their financial situation.

Colleges may also want to lock in as many ED students as possible.

Im bumping this up after the inflation report from last Friday and the stock market’s reaction.

Some economists are predicting a recession in late 2022 or 2023.

One potential byproduct could be a contraction in the multi-application approach. Families may be more hesitant spending $1,000 applying to 15 schools and may take a more focused approach.

Just the T10 LACs are safe in this dystopian narrative? Good to know. … Oh that’s right; I remember you.

You may be surprised to know that not everyone sees an ocean of difference, or any, between Middlebury and Wesleyan, or Hamilton and Wellesley, or any of them and Washington and Lee, as you seem to.

If there’s a recession, I’m sure the #17th ranked LAC will probably not be affected.

Yes, I’m sure the 38th ranked university will be just fine as well.

If there’s a recession, I’m sure the #17th ranked LAC will probably not be affected. 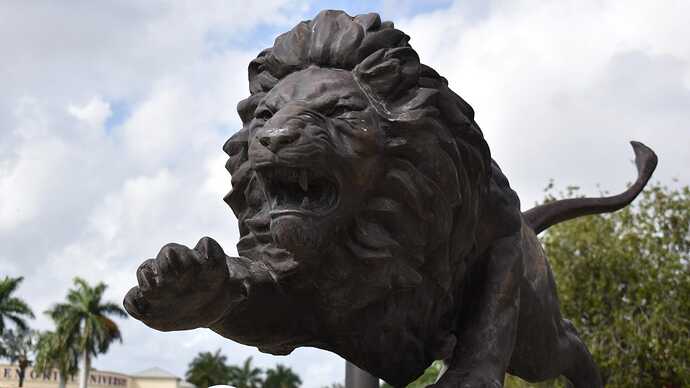 The Strongest And Weakest Colleges In America — Behind Forbes 2022 Financial...

As the financial health of most universities goes from bad to worse, a little-known nonprofit college in California is gushing returns and expanding nationwide by cribbing from the for-profit playbook.

Perhaps, but they needed to shift away from Need Blind in 2012 because of finances.

Im not sure if that’s still the case. That’s the point of this thread. What would happen during a recession. Maybe this is outdated.

Wesleyan shifts away from need-blind policy, citing financial and ethical...

Wesleyan University is moving away from need-blind admissions, saying that keeping the policy would require too much money and impose too much debt on some students.

Im not familiar with the financial aid process.

A lot of kids in our area attend Tufts. Most of them are full pay so not sure if that helped them in the admissions process since Tufts is a need aware school.

It will be interesting because I suspect schools will try harder to get people to pay at the same time more families will have a harder time paying.

I still believe the immediate effect is less kids applying to 10 or more schools and they will be more selective in their application process.

Actually, for someone who claims to know so much about Wesleyan, I’m surprised you don’t realize that the most obvious effect of a recession on the application process is that even more families will apply to colleges with generous financial aid policies- whether it’s in the form of merit aid or need-based aid. Almost immediately after the Great Recession of 2009, Wesleyan’s applications jumped to record levels:
The Wesleyan Argus | Admissions Rate Hits New Low of 19.6% for Regular Decision

But, I guess it’s hard to get that from just reading the USNews rankings every year.

Wesleyan’s policies seem to be different than the some LACs.

Some LACs are need-blind admissions, Wesleyan is not (did the 2009 recession affect this?). The top LACs do not offer merit aid, Wesleyan does.

I agree that merit aid could be extremely attractive for certain families.

I know there a couple of avid Wesleyan defenders on CC. In response, IMO, despite the USNWR (or any other arbitrary ranking system), Wesleyan is a top 10? LAC.

As to need blind, you are correct. One of the things Roth did upon embarking on his role as President was tightening the belt to focus on Wesleyan’s long-term financial future. He scrubbed some building plans at the time and imposed a controversial need-aware policy for a very small portion of the applicant pool. Of course, as an applicant you don’t know where you’ll fall so it’s not much consolation; but suffice it to say that Wes is need aware for only the last small % of the class.

Since that time, Wes has completed a successful capital campaign, enjoyed very strong endowment returns since the hiring of superstar manager Anne Martin, and is poised to launch another capital campaign. The endowment now sits at around $1.7 billion and, you’re right, it’s time to close the loop on that last small % and state officially it is once again need blind. Keep in mind that Wesleyan was once part of only a small handful of colleges that were need blind. It was once one of the wealthiest schools in country. But decades of overspending and uninspired fundraising cost it its place on that perch.

As to merit, Wes only has three very limited (though very generous) merit programs: the Miranda award (a first and a lesser second prize, so just two students); the Posse Program for veterans (full tuition, with around 30 to 40 enrolled at a given time - a program Chicago, UVA and Vassar also run); and the Freeman Asian Scholar program, a full tuition award for 11 or so students from listed Asian countries. That’s it as far as I know.

Some LACs are need-blind admissions, Wesleyan is not (did the 2009 recession affect this?).

I think the 2009 recession did affect Wesleyan’s decision to become need-aware. When faced with a choice between remaining nominally need-blind but stingy with the aid that it gave or need-aware and being relatively generous, it chose generosity. If memory serves me (because it coincides with how long I’ve been on this board), the financial aid budget was in the vicinity of $50M in 2012. Last I looked, the president was touting a figure of >$80M - so it’s nearly doubled in ten years.

The top LACs do not offer merit aid, Wesleyan does.

I think that’s the stuff of urban legend. Carleton offers merit aid to about 6% of its students. Almost any scholarship that offers a full-ride can safely be described as a merit-based scholarship and Wesleyan has several of those, including the Freeman Asian Scholars Program (named for one of the founders of AIG) and the Hamilton Scholarship for the best in-coming freshman creative writing submission (named in honor of the creators of the Broadway musical.)

Going back to the main topic, more people are forecasting a recession as the Fed had to raise rates higher than anticipated. Powell seems to be very reactive and has consistently revamped his outlook. It’s clear they don’t want 75 basis point hikes and will try to avoid that at the next session.

Two areas still remain strong (for now) - unemployment (under 4%) and housing prices. Real estate sales have slowed (which is expected when mortgage rates rise) but sellers may not lower prices for awhile (varies regionally). The market is also volatile affecting 529 plans.

It’s going to be another 4-5 months? before class of 2023 start their application process. We’ll have a much clearer picture of the economic climate in the fall/winter. The amount of ED applications will also be very interesting - especially for those who don’t qualify for aid.

Historically, recessions are not prolonged. Any ramifications may only last a year or two but could change college application/admissions behavior. Perhaps it will normalize to pre-Covid levels.

All of that seems reasonable to me, though I thought the Fed had telegraphed another hike or two before pulling back in 2024.

As for college applications, honestly your guess is as good as mine. If this be 2008 all over again (albeit in another form), then all bets are off about a lot of things.