I would love to hear about any aspect of life at your school:

So I can speak to Michigan. https://studentlife.umich.edu/article/lgbtq-student-groups-u-m

There are even groups for LGBTQ facility. You will have no problems there.

I don’t have specific feedback for each school, but there are lists you can look at. 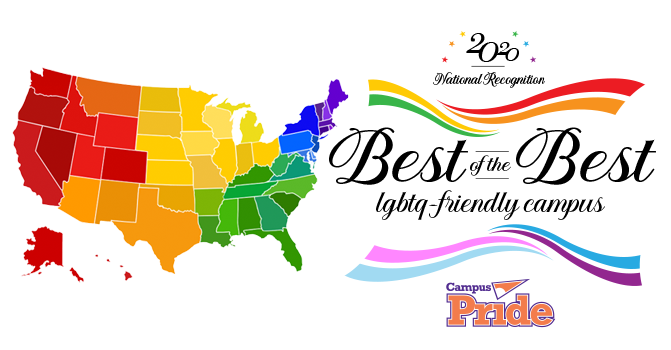 Campus Pride has compiled a list of the Best LGBTQ-Friendly Colleges and Universities in the United States.

The Best Colleges for LGBTQ+ Students in 2022 | BestColleges

Increased visibility of LGBTQ+ students on campuses has increased the need for support networks. Here are the top-ranked colleges for LGBTQ+ support.

I would say on your list, Tufts is the most LGBTQ friendly of the schools you list, but others will be too. TBH, you’re going to find LGBTQ people at all of the schools you mention. Have a look at each college’s clubs and organizations. Use the websites Niche and Uni Go to see how students feel on campus.

Colleges are, overall, fairly liberal and tolerant places these days. I don’t think any colleges you mention are particularly known for being intolerant.

I know someone who used to work at Duke’s LGBTQ+ student center and always spoke highly of the school and community there, and the students he worked with all seemed to be very happy there. It’s been a long time since I lived in North Carolina, but back in my student days, Chapel Hill and Durham both had really thriving queer communities and have historically had very progressive politics (Carrboro, the town adjacent to Chapel Hill, began registering domestic partnerships and extending benefits to partners of town employees back in 1994). Durham’s queer community has grown even more as people were priced out of Chapel Hill/Carrboro. Duke itself has a long history of supporting queer-friendly spaces on campus too, going back to the late 90s/early 2000s. I think it would be a great place still for LGBTQ+ students today.

So be careful of assuming a situation as viewed by one of L, G, B, T as being the same as what someone of a different L, G, B, T group may see.

T is generally subject to more social and political hostility than LGB these days.

I think this is a fair comment. If the OP is looking for schools that are very accepting of trans students, the more liberal, the better. Probably a lot of schools on the OPs list wouldn’t be a first choice in that situation.

Absolutely agree. I value that Campus Pride’s index separates out the inclusion factors for sexual orientation vs. gender identity.

And FWIW, I want to be in a community inclusive of all, yet will experience it myself as a cis lesbian.

I support the other poster who said the University of Michigan would be a great fit for you, academically and socially.

You may want to think about Swarthmore - a great for engineering and great for LGBTQ students.

Gay Duke alum here. The LGBT scene at Duke today is almost unrecognizable compared to 15-20 years ago. Duke transformed into one of the most queer-friendly universities in the country over a remarkably short period of time, and any LGB student should feel perfectly comfortable being out on campus. (Trans students have it harder – as they do almost everywhere, unfortunately – but Duke is making strides in that regard as well.) The dating pool is decently large, partly due to nearby UNC Chapel Hill.

I went to grad school in Los Angeles after Duke and didn’t experience too much of a culture shock, though this is obviously quite subjective. Duke is not as liberal as San Francisco, but extremely liberal/progressive students are not unwelcome. (I’d place myself in that category.)

As neither a woman nor a Pratt alum, I can’t comment on several of your questions. I recommend contacting the CSGD at Duke directly, as they can put you in touch with current students who can provide more up-to-date information.

I think the index in large part is splitting hairs a bit wrt to “more inclusive”. Good example from schools I know well: Purdue is rated higher than Indiana which is rated higher than WashU. All are highly rated, I would probably rate them in the complete opposite direction or IU/WashU then Purdue. I couldn’t dig into the “why” or list methodology because as I was clicking there is a registration wall and my inbox is already flooded with stuff, so I passed.

I suspect the difference are created by slight differences formalized policies and/or on campus organizations vs the culture itself. Purdue is not a socially conservative school by any means but it is much more socially conservative than IU and WashU. I would have no issue sending my lesbian daughter to any of the three, but I do think she would be more likely to feel less a part of the general student body at Purdue and she would feel most broadly included at WashU. Purdue may be more likely to have certain tools/organizations to combat lower levels of general inclusion due to the more moderate social/political bent of the entire student body if that makes any sense.

I think overall, if someone is looking at the better LACs and universities, the level of inclusiveness for LGBTQ students is extremely high with the possible exception of T in that group. It’s kind of like comparing LGBTQ acceptance between the Bay Area, LA, Seattle, NYC, DC, Miami, Chicago. It’s not perfectly equal across these cities, but it’s so similar that people aren’t choosing where to live based upon the marginal differences. They’re choosing on every other difference.

Very helpful. Thanks for sharing your perspective on how to “consume” the info from the CP Index.

Durham (home to Duke) is super LGBTQ friendly — all the letters. I have two LGBTQ kids in the area. It’s not quite as LGBTQ friendly as San Francisco, but there’s a big Pride event in Durham adjacent/on Duke’s east campus that we have been to many years. It’s in September when all the college students are back in the area. Lots of representation and the police force has special LGBTQ liaisons who have marched in the Pride event, although I think they were not in uniform the past few parades. There are LGBTQ friendly churches that march too.