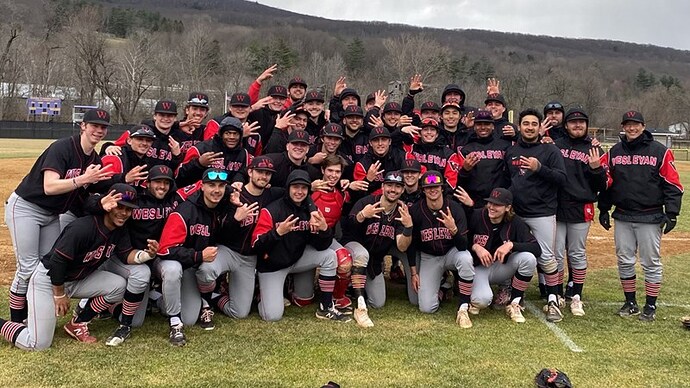 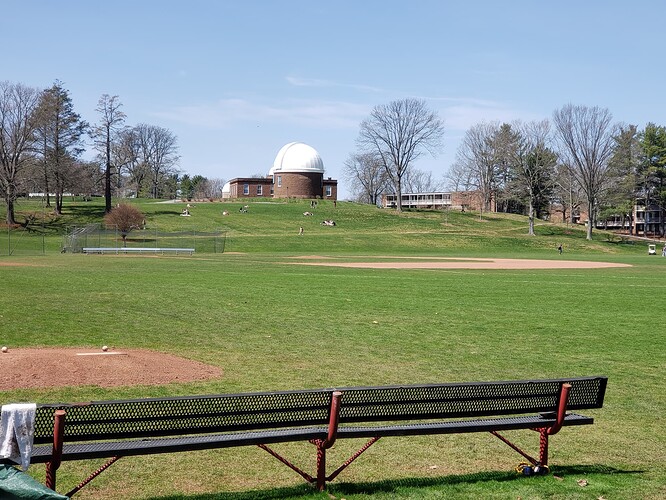 Wait. I see a bald patch of grass. Gross!

Wesleyan’s nearly century and a half old Andrus Field is certainly a Rorschach test for some visitors. For some people, it suggests an over-emphasis on sports (even though it’s remained pretty much the same size for 130 years while the rest of campus has grown up around it.) While others only see the primacy of academics as represented by the Astronomy department.

Anyone happening upon a baseball or football game on Andrus (lacrosse, field hockey and soccer are played on other fields) who thinks what they see represents athletic excess, rather than the opposite, or who fails to grasp that it represents tradition, should just keep on walking in search of a brain.

A gathering of people on Andrus for a game makes for a relatively unique collegiate experience. Very different from a big D1 experience. Not better. Not worse. Great in its own respect. Heck, I’ve even heard people in the Williams crowd describe the environment of a game on Andrus as “classic”, “throw back, and “quintessentially collegiate”.