My unweighted GPA is 3.52 and I want to major in CS. Is it possible at Cal Poly SLO?

I have 4.0 weighted GPA and want to apply for computer science or Bio medical major in Calpoly SLO/ Calpoly Pomona and UCs. I have strong extra curricular activities. I also have some college level courses too. Do i have chances of getting into these schools or do i need to apply as undeclared?

4.0 weighted by which calculation?

How is your HS rigor and your EC’s? Are you a California resident? How do you compare to your classmates in terms of rank? Are you in the top 9% of your HS?

GPA is considered very important but the UC’s consider 13 areas of criteria when reviewing applications. You need to give more information to properly evaluate your chances such as listing all pertinent GPA’s and EC’s.

yes I am a CA resident. the roger hub calculator gave me a weighted Capped GPA of 4.0 for UCs. I am only in the top quartile of the school. I had 2 APs in 10th grade, i had 4 APs in 11 th grade, and two APs now in 12 th grade. I have been doing cyber patriot for the past 5 years and I have also been doing dragon boat racing since 7th grade apart from volunteering in a music community and internship in a Computer hardware co for federal agencies for 3 years?

Thank you for the information. CS and BME are probably the more selective majors at these schools so the below admit rates will be lower for these majors. 2020 is the most current data.

UCM, UCR and UCSC are the most likely for admission. For the Cal Poly’s, Pomona is the more likely target.

SLO will be a Reach with their admitted GPA range of 4.12 - 4.25 in the College of Engineering.

I would make sure you have one safety school if UC Merced is not on your list.

Best of luck and last year I saw many 4.0 GPA applicants that did not get into any UC’s for CS/Engineering majors.

Since Cal Poly admits using an algorithm, the quality of ECs does not really matter, just quantity and whether or not you held a leadership position. I’m not saying not to apply. You should. They rejected over 15,000 4.0+ students last year though and your GPA, the most heavily weighted portion of the algorithm, is low for the CENG. Don’t get your hopes too high. You can’t apply undeclared and you can’t backdoor into CS or BME by choosing an easier admit.

You may also want to consider OOS school that give WUE tuition. Utah, Arizona State, Colorado State and Oregon State are all worth a look.

Thankyou so much for such a very detailed reply but do you think applying undeclared will be a good choice for me to get into? I thought i would fit in CS major and I am interested in doing Prosthetics for disabled persons and thats my interest in doing Bio med major. But I am not too sure about my major too incase its difficult for me to get into.
If calpoly is looking at 9th grade I do have a C in one semester in my math and except for one semester 10th grade, all my math is B grade only.
I am doing Ap Cal AB now.
Can u suggest some of the out of state colleges as well and please tell me what major i need to apply?
I am a H4 visa holder who did schooling in CA since PreK and we are likely to get green card next year ( not too sure though) in that case i may have to change fromH4 to F1 inorder to intern or start working to build my college resume. So i am looking for an internation student fee in that case.

Thankyou for the reply and do u have any specific college in Oregon and Arizona in mind?

Your immigration status may preclude you from instate tuition in CA and thus from being eligible for the WUE exchange. You’ll have to dig deeper.

Do you want to make prosthetics for people or design new and novel ones. The career paths are completely different between being a prosthetist and an engineer that designs new things.

Applying undeclared and then trying to switch into CS or BME will be difficult to almost impossible so apply to the major you want to pursue and apply widely.

All Cal States admit by major and going Undeclared at the campuses that offer it, will not necessarily be an easier admit.

UCB COE (College of Engineering) admits by major.
CS at UCB is either in COE (EECS) or CS in the College of Letters and Sciences. CS in L&S does not admit by major but requires a specific GPA in pre-req courses to declare the major. UCB does not consider alternate majors.

UCLA admits by major in the College of Engineering. No alternate majors considered.

UCD:
College of Engineering admits by academic department
Students applying as “undeclared” or “undeclared/exploratory” are considered within the college/division to which they applied.
Applicants are encouraged to list an alternate major, but not in the
same area as the primary major (e.g., Computer Science Engineering with alternate Computer Science in the College of L&S). Occasionally, we admit to the alternate major.

UCI admits into the University first and then into the major. In the case that UCI is unable to accommodate all qualified applicants in their first-choice major, those students who indicate a valid alternate major may be offered admission in that major or Undeclared.

UCSD:
The campus does not admit students on the basis of academic major or choice of UC San Diego undergraduate college. Alternate majors are considered and capped majors are highly competitive. Also note: Capped majors require additional pre-req courses and specific GPA to be able to qualify if changing majors. Also if applying to a capped major, select an non-capped major as an alternate.

UCSB:
College of Engineering: Students are selected by major for all engineering and computer science majors. Only applicants with a solid background in advanced high school mathematics will be considered for admission to engineering. This includes high grades in all math courses through grade 11 and enrollment in pre-calculus or higher in grade 12. A student not selected for their first choice major will be reviewed for admission to an alternate major outside of the College of Engineering if one was selected.

UCR:
Admission by major but alternate/2nd choice major will be considered if applicant does not meet their first choice admission standards.

If you are getting your green card within the next year, you might want to take a Gap year and wait for permanent residency. Affordability and more school options will be open to you with the Green card.

For CS which is a very marketable major, school name is not as important so UCR, UCSC and any of the Cal states will give you a great education as long as take advantage of the opportunities and resources available. BME will be more difficult since only a few CSU’s offer the major. The WUE will also not be an option if you are not a permanent resident of California. Best of luck.

If you are getting your green card within the next year, you might want to take a Gap year and waiting for permanent residency. Affordability and more school options will be open to you with the Green card.

I agree. If you don’t however, there’s no reason to limit yourself to CA publics as you’ll be full pay virtually everywhere. There will be MANY schools to choose from.

Put more thought into what you want to do with prosthetics, because if you want to actually fit and make prosthetics (be a prosthetist), you wouldn’t get an engineering or CS degree. You’d do something like a more classic pre-med (biology or psychology) and then do a Prosthetics Masters. You could do BME, but there’s no reason as it would be a tougher admit, tougher coursework and you wouldn’t use much of what you’d learn.

Also, consider what environment you’d like to be in. Big or small school? Coastal CA weather or 4 seasons? Support for hobbies like skiing, surfing, hiking, dining, theater, concerts, athletics, etc.?

Thankyou so much for such a detailed reply. Awesome advice. I will follow your guidence.

with a 4.0 ucgpa, SLO and most of the UCs are really unlikely. CPP, SDSU, CSULB, UCR and Chico State are all likely admits and offer a good student experience AND a respected CS program.

Hi. New to this forum. This is all incredibly useful info. I’m a parent to 2 seniors, both interested in Cal Poly SLO. I read in prior posts that there was an algorithm most people were calculating (MCA??) that included test scores but in the absence of test scores, how are people calculating this or is there another basis people are using mostly to determine chances for getting in?

how are people calculating this or is there another basis people are using mostly to determine chances for getting in?

No one knows the answer to this question. My assumption is that they just cut the algorithm by 1650 points and run it the same, but I could be completely wrong. They haven’t commented publicly on the MCA since 2013, although families have said that admissions officers have acknowledged it’s existence as recently as two years ago.

As for determining chances, it isn’t as transparent as SJSU. You don’t know the strength of the applicant pool each year. The best you can do is look up accepted students for the desired major in the Final Status threads and see how your student stacks up.

It is HIGHLY major dependent.

Go to the Understanding the MCA post pinned at the top of the CP forum to understand it better. 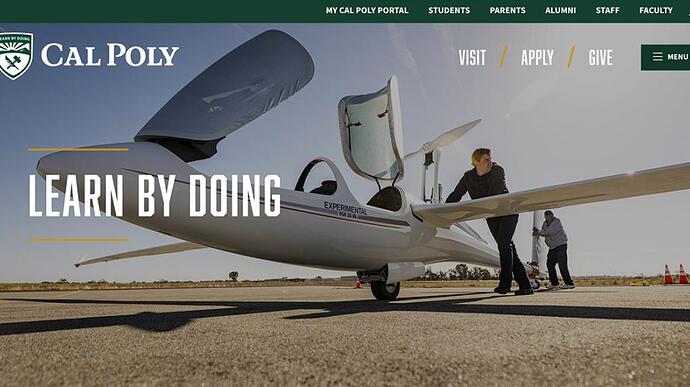 Though not as transparent as SJSU, they do give you last year’s GPA data by college. Though the MCA does include other items, being above the mid-point GPA for admitted students in the college you are applying for probably suggests you are a strong applicant.