My daughter has been accepted to Clemson and UNC-Chapel Hill and would like to get a BSN. Both are OOS. She has been accepted direct admit to nursing and the Honors College at Clemson. If she goes to UNC-CH, she would need to apply to the nursing program in her sophomore year and therefore there is a chance she may not be accepted. Do you have any thoughts you would share about the two programs/schools that might give her additional information in making her decision? Thanks!

Does your D have a preference? Is there a meaningful cost differential?

As a general rule I’m a huge believer in direct admit programs. I’ve seen too many students go to a college and later not be able to get into the major/program they really want.

Is there another program she would be happy to major in at UNC if not nursing?

What other options does she have? How far away are the clinical experiences from Clemson? Does she want to drive for clinical?

My wife went to a small, local college for nursing. Her first job was in the ICU at a large teaching/trauma hospital. That experience was invaluable. Prestige of school really doesn’t matter for nursing.

We’ll be visiting both schools this week (she already visited Clemson last summer but no students on campus) but won’t be able to find out in detail about the nursing programs until later in the month through virtual sessions the schools are offering. I’m just trying to gather as much information for her as possible. Cost will be about the same for both schools.

I’m not sure if she would be happy doing something other than nursing; she says not but she hasn’t even entered college yet. She is also a gifted writer and could do something along those lines.

I believe the clinical experiences at Clemson are split between Clemson and Greenvile, SC. Her other current option is University of South Carolina. She has been accepted into the honors college there as well which gives her direct admit into nursing. She thinks she prefers Clemson to UofSC. She is waiting to hear from Emory later this month which isn’t direct admit but it is not competitive to get into nursing as long as your grades are good in the pre-nursing courses.

I guess I’m not sure if there is something special about the UNC nursing program that would be worth her taking the chance on UNC.

Did she do any job shadowing in high school?

I would choose direct admit so UNC would drop. Not sure I’d choose Clemson over USC honors or Emory though. Good luck.

Clemson nursing students have a dedicated shuttle for clinicals in Greenville.

She didn’t do any job shadowing in high school because our local hospital wasn’t allowing volunteers because of Covid.

I guess we’ll learn more about how the clinicals at Greenville work. Those are some good questions to ask. I had the impression that you don’t drive back and forth but obviously we need to learn more.

I’m curious of your assessment of UofSC. Why would you pick it over Clemson?

No reason in particular other than the 90 minutes lost commuting. Shuttles haven’t been consistent during Covid at my two son’s universities.

I’d also want to know the perks for the Honors college. Might not be great for nursing but what if she changes majors?

When visiting UNC, I would get a solid understanding about how many get admitted to the nursing program vs. how many apply. Like most of the other non-direct admit programs at UNC, I’m assuming nursing is highly competitive with no shortage of highly qualified applicants.

I know several students at other universities who tried repeatedly over their 4 years to get into a nursing program and were not successful (they ended up graduating and going the hospital nursing program route). Based on the competitiveness of college nursing programs in general, I would lean toward a direct admit. If she decides after a semester or two that it’s not for her, Clemson offers pretty much everything else.

The honors college at both Clemson and UofSC are great no matter which major you do - perks include special honors classes/seminars, special honors dorm, first to register for classes, etc. They accept you regardless of major.

Thanks for the feedback on the commuting time aspect of Clemson; we need to look into that more. I’m not sure she’s really thought about how that could eat into her schedule especially her last two years.

How many applications do you receive each semester? How many students do you accept?
The School of Nursing receives approximately 300-400 applications for the traditional BSN program each year. We admit 104 students each fall. 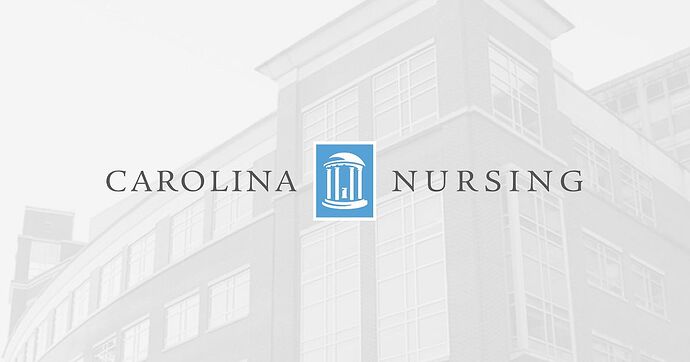 Based on the above if your D is fairly confident she wants nursing I’d take UNC out of the picture. As I said above I’m a fan of direct admit programs as I know too many people who go to a college and then can’t get into the major/program they want.

Take the direct admit nursing program over the maybe-admit-after-you-get-here program every day of the week. A student can transfer out of a direct-admit nursing program into another major, but if she’s shut out of the major, that takes it off the list of undergraduate majors and requires the time & expense of a fifth year post graduate program if she still wants to be a nurse.

USC says that clinical placements may be up to 75 miles away and the capstone placement may be more than that. Clemson says that all clinicals are within an hour drive. The logistics would make me lean toward Clemson, but ask about the location of clinicals for sure and means of transportation at both and see what you think.

If she gets direct admit to Emory, that would seem like the best option of all because of the top hospitals in Atlanta where she can be exposed to best practices and because the hospitals are in greater proximity to the campus.

I would ask how many at UNC are instate students. Some state colleges are bound to focus on instate priorities for nursing. Ask if it is more than the 82% in state number.

I would also vote for one of the direct admit programs if your daughter thinks she wants nursing. I know @burghdad had or has a daughter at Clemson and I think his other daughter was looking at nursing there too- he might have some insights into the program as well!

Emory has their own hospital and the CDC is on the campus. They also have a top notch writing program if your D changes her mind.

According to what I have read, most clinical placements for the BSN at Emory take place within 75 miles from campus. It seems that placements in Atlanta might happen initially, but starting with the 4th semester students might not stay in the local area (?).

I would accept direct admit, and I would do some research into the clinicals, where they are located, and the ease of getting there.

Thanks for your advice, everyone. These are excellent points that we need to consider. My daughter thinks UofSC said that all clinicals would be within 15 minutes (or miles?) from campus but that she would need a car. I guess we’ll hear more about what Clemson really has for their clinicals and how far away they are. Great point about asking UNC how many are “in-state” acceptances into the nursing program. I think she would really have to love UNC over the others and feel comfortable majoring in something besides nursing if she decides to go there.

Emory certainly fits her academic needs well with both the liberal arts focus and the ability to do nursing. Downsides of Emory are that 1) costs are much higher than the other 3 she is considering and 2) we live in Atlanta (15 minutes from Emory campus) so she would miss out on the real “going away from home” experience. The latter isn’t absolutely necessary in her mind but counts as a “con” to choosing Emory.

We are off to visit UNC and Clemson tomorrow. Thanks again for these great points to consider and questions to ask.

Go where she is guaranteed a spot in nursing.
I know students that had to switch schools their Junior year to get into nursing or change major.

Nursing is a profession no-one cares where you went to school except in rare instances.

If Clemson is a good fit that should be the choice