Did you ever have an idea for a tv series, documentary, reality show or similar?

I have a DIY/HGTV type channel idea. Everyday when I drive to work I drive through an old neighborhood that has seen better days. Lots of renters and old homes. Nearly everyday you can see home contents at the curb - lots of time tons of furniture.

My idea: DIY competition where you can only use free at the curb or dumpster items to decorate a room. So BEYOND the Trading Spaces concept. You can paint it, restyle it, refinish or recover but the foundation of the item had to come from the curb. 2 or 3 people/couples/teams scour an area of the city on trash day and have 48 hours to make a room.

Would you watch it?

There is something like what you mentioned already called endless yard sale showdown. Two groups go to a yard sale/flea market and compete to see what they can buy and best fix up to be the most valuable. https://www.hgtv.com/shows/endless-yard-sale I have actually watched it a few times.

Flea market is different! Those people expect to get $ for their goods - this is literally trash. At the curb, next stop garbage truck.

Some of these ideas sound like Lara Spencer’s show, Flea Market Flip. Three teams get $500 to spend at a flea market, take items to a workshop for repair/repainting/re-imagining, then take their 3 items to a NYC flea market to see who makes the most $$.

Yes I’ve seen that. Not that I’m trying to sell my show, but this would be different - flea market stuff is still curated to a degree - selected to sell because the seller thinks there would be a buyer. Stuff at the curb is meant for the garbage truck - but may still have life in it.

HGTV is famous for having similar shows so the fact that something is similar does not take it off the table!

This morning I literally saw what appeared to be the entire contents of a house/apt at the curb. Older 80’s stuff probably but with the right “refinish” could still serve purpose in a reno’d room.

I’m addicted to HGTV so yes, I would probably watch it ; )

I love those trash to treasures type shows. One of my old favorites was when they took some crazy expensive designer room and recreated it with budget finds.

I have a sitcom pilot that I submitted to the writers guild simply because it’s unique and I wanted to ensure if someone “stole” the idea, mine is dated and officially recorded. I won’t go into details but it’s based on real people I know and love, a quadriplegic and his blind business partner - they both happen to be doctors of psychology. I’ve been in search of a producer who would be willing to produce the pilot episode and shop it around…but like most creatives the pilot would need to be shot on a shoestring budget and the producer would need to work (pilot only) for the love of the project and potential exposure. Ideally it would be a limited episodic series, say 8 - 12 episodes per season, and I would (seriously) love Netflix to take it on. I have 10 episodes written and ready to go…with the right team.

The second, is a game show format - the basic premise is teams finding a digital camera in the backseat of a taxi in a major city and having to find the owner - using the photos in the camera - 3 teams of 4 (2 team members at a time) would need to direct the cabbie to various locations to “find” the owner of the lost camera. The photos would (of course) only show snippets of things (say, a doorway, an escalator, a billboard/sign, one shoe on a foot, etc.) - each time they advance the camera photos they get more clues, but they also lose “points” (and in my show, points is prize money) - the other team members are watching their own team on closed circuit TV (thereby picking up clues themselves) and teams can chose to replace one team member at a time…at a cost of points…it sounds complicated, but it’s really about deductive reasoning and awareness. It’s actually based on something that happened with my sister-in-law and me…we found an inexpensive digital camera at Disneyland, and on the way to lost and found played a game of “find the owner” - in the end we didn’t, but she was so astute in seeing details I’d missed and I knew places she didn’t, and we realized we made an amazing team…that entire day we talked about creating this game show…she and I think we’d shoot a pilot episode using our own family and friends as contestants (maybe even at Disneyland, on the downlow) - would you like to play this game…for a tidy sum of money? We both love The Amazing Race, and some of that show has influenced ours…with a twist.

SO creative!!! Is writing these episodes a “side hustle” for you or do you have some production writing experience. You should listen to the podcast Happier In Hollywood where 2 female tv writers talk about the entire process of creating an idea, pitching a concept, writing script, getting a pilot etc etc!!!

I’ve not heard of that podcast but will listen today! Thank you for the lead!

I’ve produced and directed a couple of short films - one that even made it through the international film festival circuit and won several prizes including (my personal favorite) a Peace in Filmmaking award in Hollywood.

I’ve always been a “storyteller” and own the rights to a book (memoir) set in 1930s NYC which I would like to make into a feature film. That one will take some doing, but I actually think my sitcom and game show pilots are doable on a shoestring - I need to find that one passionate producer - it’s hard to produce and direct at the same time and I’d really like to focus on one area and direct.

@abasket - I forgot to answer your original question…I would drool over a show like that. True story, 1977, my then boyfriend and I would drive around Beverly Hills in our VW Bug on “bulk item” trash pick up day and pick up anything that looked interesting - we furnished our studio apt with a dresser (repainted black & white), some groovy mid-mod (not a term then) floor lamps, and a small dining table (retro cafe 50s type) - we also picked up The. Gaudiest. Lamp. I. Ever. Saw…my mom snatched it out of my find and replaced a few broken bits here and there, and 30 years later sold it…for $1,500! Turns out it was some designer Tiffany inspired piece.

So yes, I’d watch AND I’d like to audition and participate!

True story, 1977, my then boyfriend and I would drive around Beverly Hills in our VW Bug on “bulk item” trash pick up day and pick up anything that looked interesting

Lol! Brought back memories of this ad: 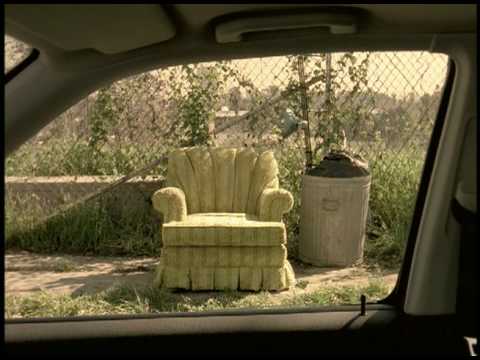 @abasket - I would totally watch that show of yours! We have friends who do the same thing. Pick up trash or near trash and restore it as a hobby. They would make a good team for your show.

Yes, I just want to sell the idea and then sit home and watch it - haha. But yes I do support the concept of trash to treasure!

All television shows were just ideas someone brainstormed or experienced in life. And then of course developed an idea and sold it.

No original ideas at this time.

I like sitcoms. No clever ideas required in order to originate a program–just a basic setting & theme accompanied by great writers & talented actors. The primarily difference between a great sitcom & an average sitcom is in the script writing.

I would watch it! I actually do that; I’m always surprised what people throw away. I love repurposing items and saving them from the landfill. I picked up a beautiful wrought iron outdoor sofa a few houses ago; it just needed a can of spray paint. I don’t pick up anything with upholstery, but wood and metal are fair game.

You could film that show in Boston/Cambridge. When the colleges empty out in May, people hit the streets and sometimes find amazing stuff by the curb.

Really, I’m guessing Anytown, USA unless there are HOA rules about not putting stuff out at the curb!

But MADad is right that any community near a college has way more stuff at the curb during move out time. It’s crazy what we see being pitched. I have a friend who is a stager and she will often find stuff that can be repurposed for her job. Her garage and basement are filled with beautiful finds that she’s restored.

We also have a lot of visiting professors and our town’s FB “marketplace” always has incredible free stuff with the caveat that you need to pick it up, usually like within the hour ; )

One of ours is moving across the country. Has decent furniture that I am encouraging him to sell (in order to avoid the hassles associated with movers / moving companies). He says that everyone nearby is wealthy so that the only real option is giving away all furniture / furnishings. Maybe I should post his nearest intersection.

I am not a fan of picking up curbside discards. Worry about hygiene & pests. But, based on my prior paragraph, I do understand how nice stuff gets left on the curb.

We needed to get rid of a really big, old couch but missed the bulk pick up day and none of the charity shops would take it. Our realtor told us to put a “free” sign on it and stick it at the end of our driveway. It wasn’t there more than 5 minutes before a student texted his friends, stood guard over the couch, and then 4 guys descended to move it away. A few minutes after that, their old futon was on the curb down the street. Also gone within 5 minutes ; ). Lots of students will “upcycle” to “better” stuff ; )

Some schools also offer a place for students to donate their unwanted furniture.