Thoughts on Elon Musk buying a stake in Twitter?

Twitter appoints Elon Musk to board, expanding his influence amid free speech...

if they lessen their speech restrictions, it will probably cost Twitter some employees who don’t agree with the change and go elsewhere.

From an investment standpoint, more discussion = more eyeballs = more clicks, so that could turn into higher ad revenue.

I love that Musk did this! And he was appointed to the board this morning.

I’m still waiting for Musk to launch himself onto Mars so I don’t have to hear about/from him again.

I think it’s great. I purposely stay away from Twitter because of its corporate policies.

Musk gets things done, that’s for sure. He is an unabashed advocate for free speech. This will be interesting.

When in doubt, buy them out!

Musk gets things done, that’s for sure. He is an unabashed advocate for free speech. This will be interesting.

Yes, he fiercely defends his right to call people who insult him pedophiles without basis, and manipulate his stock price via tweet in contravention of SEC agreements. 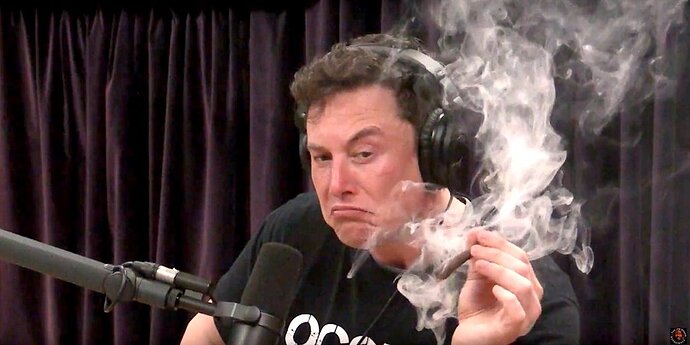 The use of the phrase seems to have been quite limited, based on the recollections of South Africans.

As the kids say…major LDE

What do these abbreviations mean?

I have no clue what hmfzr means

LDE refers to someone who…has to make a lot of noise to compensate for other shortcomings.

Musk is the only person that could just drop a wad of cash and buy a company the size of Twitter. I’m betting that’s his plan, along with privatizing the company and naming himself CEO, as soon as he has a 51% majority.

Just love that there is someone rich enough and bold enough to actually say I believe in free speech for all and pay 3 billion to get it. This might end up being one of his best investments. I’d be nervous if I was on the side of the same olds who think it’s going to continue as it has the last few years. Can’t wait to see the fireworks.

by accepting a Board seat, he is limited to owning no more than 14.9%. Of course, he could always resign from the Board and start buying more.

There’s no shortage of twitter-equivalent “free speech” apps already available, e.g. Parler, Gettr, Truth, etc. Musk (and everyone else) has always been free to post on those as much he wants.

yeah, I get why this is news, but Twitter only has 30 million sets of eyeballs in the US, or <10% of the pop, many of whom are kids. In contrast, meta/FB is near 60% market penetration.

Warren Buffett could, too.