One of the original arguments for keeping the dosage schedule for the adults was to get immunity to as many as possible as quickly as possible. Later we learned the immunity was more robust with further spacing.

Wouldn’t it be better to have greater immunity after the second shot - which seemed to hang around longer with longer spacings. Another 4 - 6 weeks for the second dose for the under 5 crowd sure wouldn’t make a difference in general public health. But it appears it would make a positive difference for the individual.

However, for the individual, that would be another 4-6 weeks (or whatever) of lower immunity from having only the first dose. But then that may be why three doses is preferable, since it gets to a useful level of immunity quickly with the second dose, followed by a stronger long term level of immunity after the third dose at a longer interval. From a public health perspective, it is also a possible concern that people may forget to get the second dose if the interval between them is longer.

The small city to which we’ve retired includes parts of two counties. In one, about 65% of adults are considered fully vax’d while in the other it’s less than 40%. Hospitalizations have increased in recent weeks, likely following beach trips and parties after school ended. Covid remains a highly political issue here unfortunately, even for our D and SiL and his family.

We’re pretty much homebodies anyway, so are in no hurry to go to indoor events. H resumed quick trips (<10 items) to Publix and has remarked that he’s often the only white customer wearing a mask but that the few black customers are always masked. Make of that what you will.

I’ve also noticed clear sociodemographic breakdowns vis-a-vis mask-wearing (or conversely, choosing not to wear a mask). My mother lives in a very ethnically and socioeconomically diverse community and reports that the majority of indoor shoppers are fully masked. On the contrary, in the predominantly white, upper middle class neighborhood in which I find myself now, the majority of residents have fully resumed their “pandemic-free” lives – socializing, traveling, shopping, and dining almost entirely mask-free.

Makes me wonder about the “politics of vulnerability” - those who may have already experienced insecurity and suffering in their lives, and so take the trouble to protect themselves, and those who may never have, and thus feel fairly invulnerable.

My H just told my that his company had a meeting at their Florida office last week for the sales reps from all over the world and so far there are 8 people who have come down with Covid. All of the positive cases report no symptoms to just mild cold like symptoms.

My 3 year old granddaughter got her first dose today!

Let us how it goes. Hope she has mild reactions.

That’s awesome. Good for her parents.

However, for the individual, that would be another 4-6 weeks (or whatever) of lower immunity from having only the first dose. But then that may be why three doses is preferable, since it gets to a useful level of immunity quickly with the second dose, followed by a stronger long term level of immunity after the third dose at a longer interval. From a public health perspective, it is also a possible concern that people may forget to get the second dose if the interval between them is longer.

So follow convenience and past narrative…but not updated science…wonder why there is resistance.

So follow convenience and past narrative…but not updated science…wonder why there is resistance.

Actually, the science points to three doses are more optimal – you get useful immune response after the first two doses, then a higher level after the third dose at a longer interval. I.e. best of both worlds, so you do not have to choose (when getting only two doses) between a longer time of vulnerability (by delaying the second dose) or lower long term immune response (by having the second dose at a shorter interval). 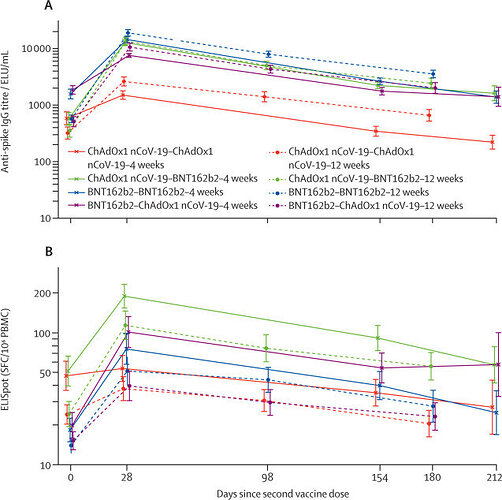 Researchers running the University of Oxford-led Com-COV study have reported the results of a study assessing the immune response and reactogenicity of two-dose vaccine schedules when administered at four-week and 12-week intervals, using the...

" In their paper published in The Lancet Respiratory Medicine, the researchers report that a standard two-dose Oxford-AstraZeneca or Pfizer-BioNTech schedule generated a greater increase in antibodies in participants when immunized at a 12-week interval compared with a four-week interval, and this persisted to six months following the second dose.

In mixed schedules, only Pfizer-BioNTech followed by Oxford-AstraZeneca recorded a significantly stronger immune response in the 12-week versus 4-week interval groups, and only at 28 days following a second dose. No safety concerns were raised in this study of 730 participants.’

Parents should have this info at their fingertips!

Parents should have this info at their fingertips!

I doubt the average parent (remember most 25+ adults in the US don’t have a college degree) would be able to interpret this study for their children without considerable confusion, considering it was done in 50+ year old adults, and included one product that’s not even on the market in the US.

More importantly, physicians/pharmacists aren’t going to deviate from the dosing schedule on the actual EUA label based on one study, in the absence of FDA/CDC direction. (I am not saying the FDA/CDC have been adequate leaders during the pandemic).

Here is the FDA report on it’s authorization for vaccines for under 5. A few interesting take aways…

So, using the adult data (based on the 3 - 4 week interval for initial doses) it was decided that this applied to the under 5 crowd. Even though we now know longer spacing is beneficial…Not feeling really good here…

I test at one month, three months, six months and will report. This says nothing about T or B cells but still might be of interest.

this is more important: 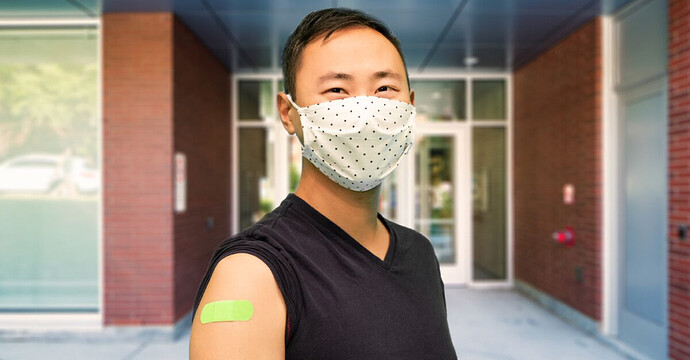 SARS-CoV-2 Infection and Hospitalization Among Adults ...

This report describes COVID-19 incidence and hospitalization rates during Omicron predominance in January 2022.

I talked to a woman this weekend on the beach. She and her husband, in their 40s, were very fit. She’d had the booster, he hadn’t. They each got COVID. She had a very mild case but he got very, very ill.

New Jersey’s Covid dashboard has a graph, if you drill down a bit, with cases broken down by vaccine status. Cases, hospitalizations, and deaths are continually much, much higher for unvaxxed, in absolute numbers, even though the state has a high vaccination rate.

During the height of COVID and long after we were required to take our temperatures upon entering work (health care) and D2 a health professions grad student had to report her temperature via an app daily even on the weekends to her college department.

With covid cases RAMPANT it seems - like you might as well assume any room you enter for any event that covid is in the room - while I know this is not possible but I sort of feel like we should just test daily to really know who has it! I truly wonder if I have had it already and not even known it. I actually would like to know if I have had it.

Yes, I attended an outdoor event last Wednesday night. The hostess coughed a little and said, “It’s just allergies.” Well, it wasn’t - she tested positive the next day. I was nervous because I spent a good bit of time talking to her. I never developed any symptoms, but who knows, maybe I got it?

Went to another large work conference last week. Over 100 attendees plus many trailing spouses and children since it was in a nice location. Virtually no masks worn anywhere. I have since heard of 3 people getting covid. One was a close coworker that I was sitting next to at the conference for hours every day. I have had no symptoms and have tested negative. I have asked around and no one seems to know of any besides these three.

During the height of COVID and long after we were required to take our temperatures upon entering work (health care) and D2 a health professions grad student had to report her temperature via an app daily even on the weekends to her college department.