VAERS has many reports of Guillaine Barre syndrome after both of the mRNA vaccines. Have those cases been investigated?

All VAERS reports are investigated, but anyone can make a report.

I know they say they’re all investigated, but there are thousands of reports of adverse events on VAERS (and I would assume as many on v-safe as well). I would imagine it would take some time to investigate each of them. Do they share the results anywhere of what’s been investigated to-date and what the outcomes were?

We don’t have any unbiased take from any story published from any news site, right or left wing. What we have, is stories published with the journalists bias and slant. That’s why I read stories from all different news sources. I don’t limit myself to news sources that I only agree with. I read biased opinions through my unbiased eyes. If possible I will read the same news through the various slants, both left and right. That’s not always possible because some stories the opposing view refuses to report at all. I know the truth is somewhere in the middle.

What I’ve found on this site is that the majority of the people on this site will automatically discount any source that they consider “right leaning” because in their eyes the “truth” can only be told by the left.

I’m a believer in the middle. I don’t trust the extremes of either the right or the left. I also believe that there are falsehoods and truths being shared by both the right leaning and the left leaning news sources.

I didn’t dismiss it out of hand (as I clearly said in my comment), but there are red flags all over the rather poorly-written article.

It says in the article that she got GBS from a vaccine but she never says what vaccine. She uses anti-vaxx language (if everyone else is vaccinated, they don’t need to worry about me). It suggests that BYU-Hawaii does allow medical exemptions but it doesn’t clearly say so. There are other options besides the J&J, but those aren’t mentioned at all, even to say they might also pose a risk. The article literally states that the CDC says she might get paralyzed or even die if she gets the Covid Vaccine. What about other vaccines that are required by BYU-Hawaii? Is she seeking exemption from them as well?

No one said that. They said we don’t have all the information and perhaps not an unbiased report of what is actually happening in that situation.

BYU - Hawaii has the following explanation on its website regarding medical exemptions: 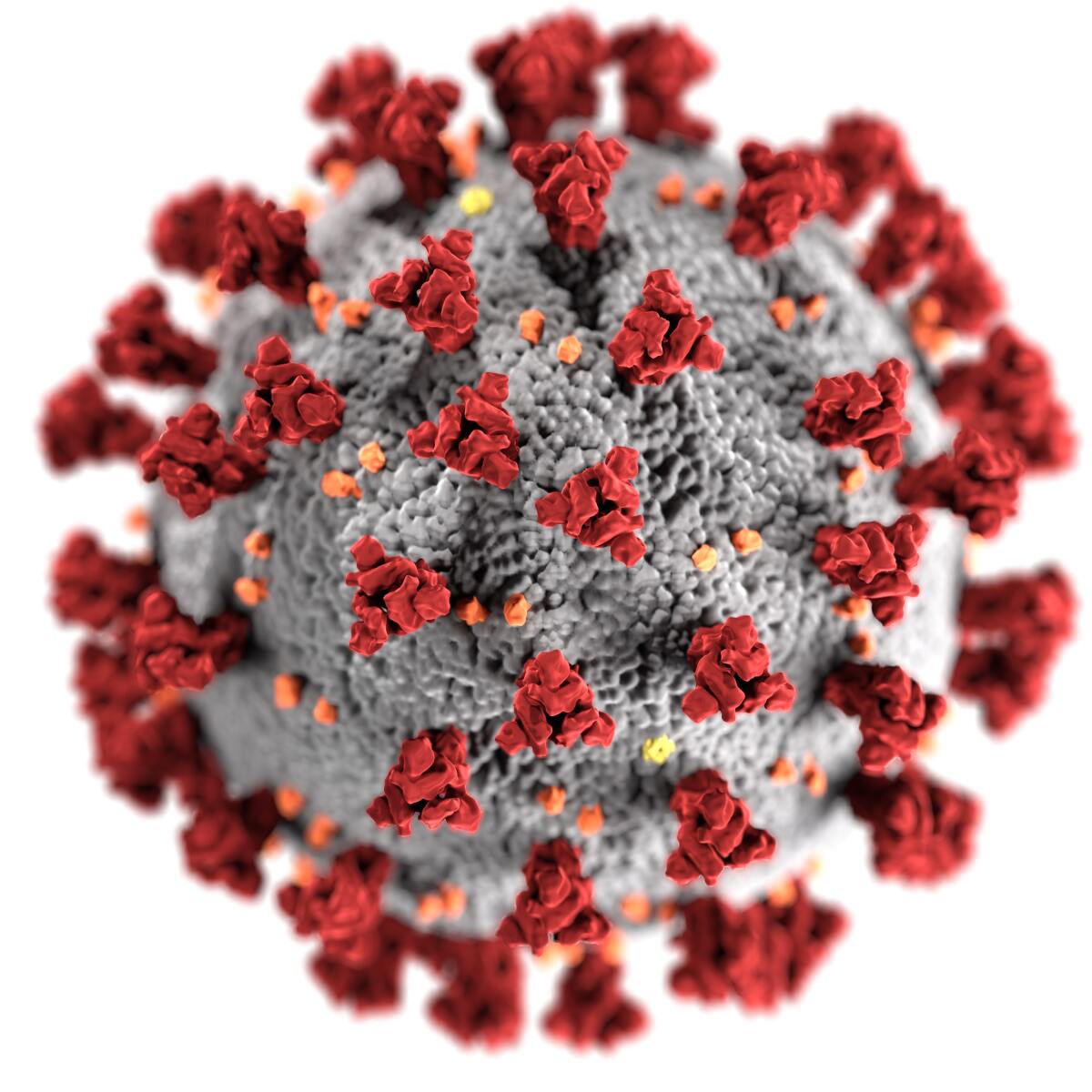 In particular, a medical exemption will be granted if a contraindication is included in the CDC guidelines. Currently, there is no contraindication for GBS, even given the 100 or so cases identified in connection with the J&J.

Here is the relevant CDC page: Interim Clinical Considerations for Use of COVID-19 Vaccines | CDC

And here is CDC’s current guidance for those who have had GBS:
People who have previously had GBS may receive a COVID-19 vaccine. To date, no cases of GBS have been reported following vaccination in participants in the mRNA COVID-19 vaccine clinical trials. One case of GBS was reported in a vaccinated participant in the Johnson & Johnson Janssen COVID-19 Vaccine clinical trial (compared to one GBS case among those who received placebo). With few exceptions, the independent Advisory Committee on Immunization Practices (ACIP) general best practice guidelines for immunization do not include a history of GBS as a precaution to vaccination with other vaccines.

If you have an underlying medical condition, this can help you make an informed decision about getting a COVID-19 vaccination.

Again, this is a real-time situation and this young lady is kind of caught in the middle. BYU-HI’s policy seems reasonable, as does her concern.

I support BYU-HI’s position. CDC guidance and the state rules are clear.

I support BYU-HI’s decision as well.

This article from June states that there have been reports of at least 220 cases of GBS attributed to Covid infection. Unless this student is wearing an N95 mask and/or just not leaving her house it seems CDC guidelines and the data suggest she should get one of the MRNA vaccines. Maybe she should get a second opinion from a doctor, that could be another possible solution.

I saw her interviewed last night. I do feel badly for her because she found out about the vaccine requirement and subsequent denial too late to pivot to another school. Personally I’m not surprised about the denial bc Hawaii has been very strict all along. She mentioned that she’s invited to attend BYU in Provo and Rexburg. Not sure about the costs for those schools.

However, I am puzzled that her doctors think the vaccine poses a greater threat than contracting Covid.

I think if I were her or her parents I’d suggest a year off while living carefully. This would help her avoid Covid and the vax while she waited it out, esp since she could possibly be a candidate for GB happening again. Her case isn’t like the student I know with a documented allergy to one of the vax components. If he caught Covid I think his risk would be typical for his age.

No need to be puzzled. Her Drs know her medical history. There could be other issues that put her in the higher risk category with the vaccine especially since it happened before. Let her and her Drs make the decision and accept that they made the bast decision for her based on her medical history.

She mentioned that she’s invited to attend BYU in Provo and Rexburg. Not sure about the costs for those schools.

Of the BYU campuses, the one in Hawaii is the most expensive, while the one in Idaho is the least expensive. The church flagship campus in Provo, Utah is in the middle.

BYU has a lot of international students and a lot of domestic students returning from missions in foreign countries. I think they are a little more strict about required vaccines than other schools.

I don’t think anyone would confuse Rexburg campus with Hawaii. She wants Hawaii. It sounds like she is LDS as she’s dreamed of BYU-HI since she was little.

And Hawaii has been super strict to keep Covid infections down. We all remember the arrests of people who broke quarantine.

No need to be puzzled. Her Drs know her medical history. There could be other issues that put her in the higher risk category with the vaccine especially since it happened before. Let her and her Drs make the decision and accept that they made the bast decision for her based on her medical history.

Good idea, but shouldn’t we also accept that the University made the best decision it could based on its understanding of the risks? Or do her doctors get to tell the University what to do?

My 57 year old sister had GB when she was 15 and has had chronic health issues since. She gets her annual flu shot yearly and did get the Pfizer vaccine. She agrees that it is much riskier to NOT get the vaccine.

Nothing in current contracts requires employees to get a Covid vaccine. If they issue a mandate are they going to fire staff for not complying? On what grounds? They won’t have violated the teams of their contract

Almost all of these contracts would allow for termination for endangering the health and safety of others or not complying with the University health and safety rules. The contract does not need to spell out those rules. Moreover even if there’s no broad agreement to “ reasonable university rules” many courts might refuse to enforce her contract under the circumstances finding to do so would violate public policy.

Thanks for that information, Maya. Are a lot of colleges mandating the vaccine for employees? It amazes me that they would have to, but our state got hit early and hard so I really don’t understand people’s reluctance. We know people who died from Covid in those first few months and others who got it and took a long time to recover (some haven’t fully recovered yet). We saw several colleagues retire earlier than they planned because they didn’t know if a vaccine would come fast enough and be effective enough and they weren’t willing to risk their lives waiting for it.

I don’t think our college will mandate it for faculty and staff. I get the impression they won’t have to. We all followed the updates for the vaccine development with bated breath and listened to our governor’s daily updates to hear how many of our state’s citizens we lost to Covid that day. It was horrible. So far 74% of our state’s population (18+) have gotten at least one dose. I do know people who can’t get the vaccine so we won’t get to 100%, but I hope the percentages are high enough to protect them.

Are a lot of colleges mandating the vaccine for employees?

My son’s college in NY and my daughter’s university in CA are mandating for faculty and staff. I don’t think that it was due to staff reluctance. Both schools announced these requirements months ago at the same time they announced the requirement for students.