Anyone gotten a booster shot?

Curious whether people have been able to get a booster vaccine- either of the same brand or different one.

If so, any words of advice? Have people had any trouble with getting authorization, insurance, etc?

I would really like one because I had prednisone between my shots. But I am not going to lie or misrepresent to get a booster.

I will get a booster when this is recommended….not before.

I asked my doctor about the possibility of getting a Pfizer booster shot (I had my first two shots of Pfizer vaccine in February and March of this year). He told me that the booster has not been approved by the FDA yet, and so insurance will not cover it (i.e., I would have to pay out-of-pocket). He added that I should still have enough immunity for at least another couple of months; and that the FDA is expected to approve the booster in the next month or so, at which time I should get it if I wanted.

We should still have good immunity for another couple of months with our last vax being in early April and the decline seeming to get significant after 6 months, but I’d be curious to know what the OOP cost would be, because for us, paying for it isn’t a problem if we feel we’d be better off with one.

My daughter has a friend who got it, just because but had a connection to a Dr. That is not recommended.

My mother has cancer and is a transplant recipient and on our monthly conference call with him we asked him about the boosters and he said not recommended as of yet but when it is, the talk is such that if you had moderna for your first two, they say to get pfizer for the 3rd dose, if you had pfizer for your first two then to get moderna, if you had JNJ then get either moderna or pfizer. That the bottom line is that patients receive greater immunity if they receive a booster from the opposite brand shot than they had their dose from initially. Kind of cool.

I am discussing it with my oncologist this week. I want one and will get it if he gives the slightest approval. It would be easy as going to a pharmacy and not providing insurance. I was so high risk and was trampled over by waves of less needy people stealing shots. I’m not waiting this time.

My mom’s oncologist has done antibody testing on her, you should have yours do it on you as you may be in good shape as well. Her numbers are shockingly high and they were thrilled with how well she has responded to the vaccine that fortunately she isn’t yet in the camp of needing the booster just yet. We are also in a very high rate of vaccination where we live which helps.

I am 6 1/2 months post Pfizer shot #2. I had minimal reaction to the vaccine (just a slightly sore bicep for a day after each one) and I was paranoid that meant I didn’t develop a sufficient immune reaction. I was involved in a study through the state of CA and just found out as of early June I did in fact have immunity! So that helps ease some of my fears. As I work in Healthcare I will be all for a booster as soon as it is available to me.

A long time acquaintance who had a liver transplant a few years back, so is taking the standard anti-rejection drugs, had the two-vax regimen, but still has a very low titer. He mentioned over the weekend, that his onc has him scheduled for a booster in August.

A friend who is an ER doctor got one after his antibody test showed waning immunity at 7 months post Vax.

D2 is getting a shot of Pfizer tomorrow after having J&J a while back. Her boyfriend did the same few weeks ago. Many doctors are recommending it.

Does anyone know what level of antibody is considered low or waning?

Although not in any high risk category, I would enjoy getting a booster shot even if I had to pay out-of-pocket. My second Moderna vaccination resulted in the best high energy, feel good week that I have had in the last few years.

Most interesting, however, would be adding boosters to annual flu vaccines. My understanding is that Moderna is planning to do so and that is a reason for the consistent rise in Moderna’s stock price. A flu shot with a Covid booster will cost much more than just a regular flu shot so Moderna stands to dramatically increase revenue & earnings through the combination flu / Covid booster shots.

(If Moderna sold pennants, bumper stickers, yard signs, & t-shirts, I would be a customer.)

I got a 3rd dose in late April. I had been on an antibody treatment (rituximab) that killed all my antibody-secreting cells, and so I didn’t manufacture antibodies after two doses of Pfizer in late January to early February. In late April, my lymphocyte count began to recover, so I got a Moderna. I had a very strong reaction, was sick in bed for 3-4 days, was exhausted for another 3-4 days. But it worked. A month or so later, my antibody titer was nice and high.

At this point, I am recommending that those who are six months out from their second dose get another dose, but they should be prepared to be unable to work for up to a week afterwards. As for those who got the one dose J and J, I think they should go get a dose of Pfizer or Moderna right now.

There is a risk of the reaction to the vaccine triggering whatever autoimmune condition one might already have. Some who have had prior episodes of ITP have had Covid immunization trigger a recurrence of ITP. I know of a young man who had a very severe and prolonged episode of ITP after his first Moderna. I know of a young woman with Pulmonary Alveolar Proteinosis, who had an exacerbation of her disease after Covid immunization. HOWEVER, there is an even stronger likelihood of bad outcome with Covid infection, so it was a risk worth taking. A third dose is most definitely going to cause a stronger reaction, but under the circumstances, for most people, it is worth the risk.

Understand that your doctor or PA or NP is unlikely to know very much about this. New information is coming out on a daily basis. Watch what is happening in Israel (Times of Israel is a good English language source), because they were about two months ahead of us on the vaccine campaign, and have had Delta variant predominate for nearly two months now. They reported weeks ago that the Pfizer vaccine only seemed to be about 39% effective at preventing infection with Delta, while the US still has its head in the sand about this fact, even as the Provincetown, MA outbreak, where most of the positives had been immunized, continued to spread. Now Israel is reporting that the elderly, who were mostly immunized in December 2020, are getting infected with Delta, and a few are dying of it. They just began a 3rd dose campaign today, beginning with the elderly and immunocompromised.

Pfizer reported at its annual meeting that a 3rd dose of Pfizer greatly increases the antibody response, even in the elderly. This data is not yet peer-reviewed, but it will be soon. Meanwhile, those of us who were immunized in January or February should seriously be considering a 3rd dose. The only barrier to obtaining one is one’s willingness to conceal that one has already received 2 doses, since there is no nationwide registry. Different systems keep separate records.

Where is this study? 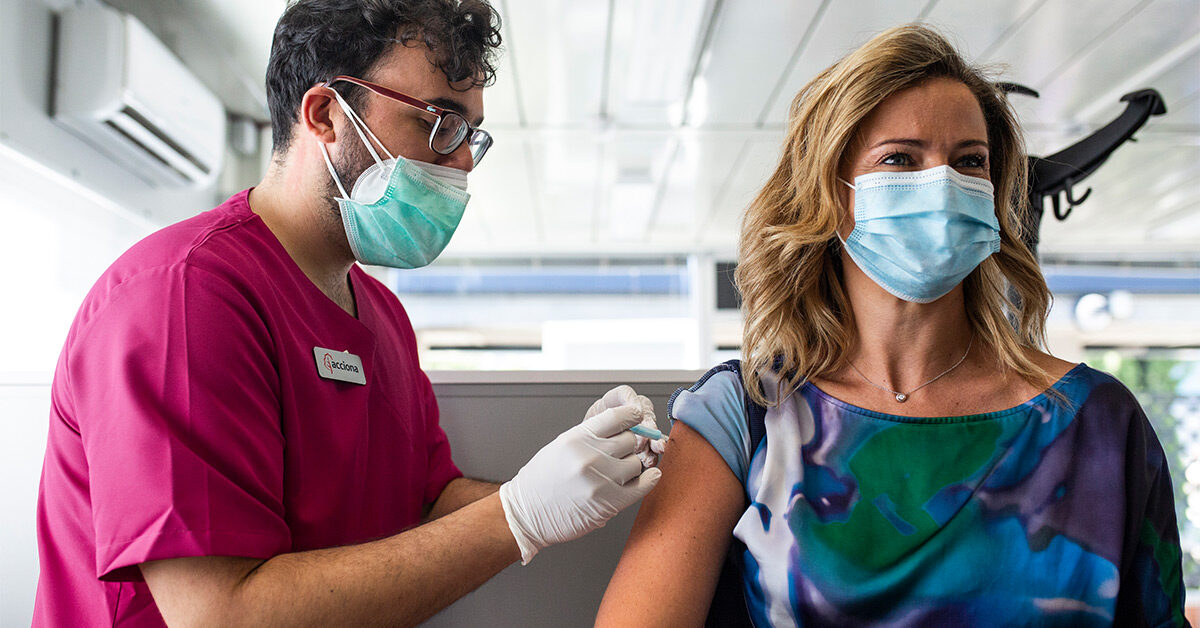 Here's How Well COVID-19 Vaccines Work Against the Delta Variant

In the fight against the delta variant, here is how the Pfizer-BioNTech, Moderna, and Johnson & Johnson COVID-19 vaccines measure up when it comes to protection.

Pfizer and BioNTech's Covid-19 vaccine is just 39% effective against delta in Israel, but still provides strong protection against severe illness and hospitalization.

@srparent15 I was wondering about whether getting the other vaccine as the booster would be recommended. We had moderna the first 2. We didn’t get a choice that time - it was whatever they had at the health department. Hopefully getting the booster once recommended will be a lot less of a tortuous process than when they were scarce.

A young lady at my office is quarantining as her husband has Covid. He is at home but not feeling well at all. She has symptoms but tested negative so far. I hope they are ok as they lost a baby at 9 months (went for a checkup and baby had died in utero) just a few months ago and don’t need any more sadness in their lives. They are in their mid 20s.

I was round her just the day before he was diagnosed. I’m vaccinated but wondering about starting to wear a mask again.

I had the J&J vaccine which was what was available to me at the time. I just wanted to be vaccinated. My cardiologist is recommending a booster as soon as possible - in the meantime, limit my social contacts and mask everywhere.

I was wondering about whether getting the other vaccine as the booster would be recommended.

There are theoretical pros and cons to getting a different vaccine as a booster.

Pro: you might respond with stronger immunity to one type than another, so diversifying vaccine types may hedge your vaccine bets.

Con: a different type of vaccine may trigger a rare unwanted effect that the first type did not.

Both of the above appear more likely if the different vaccines are an mRNA vaccine and J&J - Janssen, rather than the two similar mRNA vaccines.

Note that for most vaccines that one gets boosters for (e.g. flu, Tdap, MMR), there is no concern about the same or different brand that one got previously, other than those who medically cannot get some brands but can get others (e.g. egg allergy → need a non-egg flu vaccine).