Chance and match for math majors

No financial constraints, but merit scholarships would be added bonus

If part of Brown’s appeal resides in its notably flexible curriculum, then inclusions such as Amherst and URochester make sense:

We’re continuing our “Schools Like” series with Brown—the crunchy, liberal, social justice-warrior of the Ivy League family. We’ll take your reach school , boil it down to what makes it most unique, and give you a slew of schools to contemplate...

Chance you. You’ll get in at Rochester and Macalester with merit. You’ll get in to others but when you say merit is nice you’ve picked the wrong list. Do you want to go Ivy or free ? You might add Washington & Lee, Rice, Emory, WUSTL, Miami, and Vandy as they are least offer merit. Most that you have listed don’t. If you want to go for free or cheap, look at the Honors programs at Alanbama, Arizona, ASU, and South Carolina. You’d be amazed at how many kids like you these schools attract due to their price. For solid, reasonably priced and well thought of publics, try UNC, Florida, Pitt, and Purdue.

If wanting strong but merit you might look at Case Western too. Great list. Add another couple a bit lower and think about what’s most important…prominence or cost. Assuming you get no need based aid, are your parents willing to spend $320k on an undergraduate degree with grad school to follow. If not, you can lose many of the schools on your list. And btw they are foolish or obscenely wealthy if they are willing to spend that. It’s unnecessary.

When you look at statistics about undergrad schools for PhD recipients, both in general and in math, the more prominent schools seem to dominate. Not that you can’t get into a good PhD program from a less prominent school, but it does seem to help.

There’s a lot of professors who went to undergrad at schools I barely heard of. Yes, many come from prominence, but many do not.

Of late, the job market for math PhDs in pure math has become intensely competitive. Far fewer tenure track positions at universities, and many want statisticians or applied mathematicians. Pure mathematics Phds are not as marketable in industry.

A math degree from an Ivy or a Potted Ivy can open more doors than one from a standard flagship,if the student decides not to go to grad school.

Grad school in math is usually fully funded, so if student’s family can afford the reach schools for undergrad, there’s nothing in aiming for them. I have been a math prof for 25 years and the profession has got very competitive and pedigree oriented than when I first started.

Thank you. Is it easier to get into a “good” pure math PhD program with an undergrad degree from an Ivy or Potted Ivy? Would Harvey Mudd, U Chicago, and other to SLACs as well?

Yes, all those other colleges work too. I group UofC ,mit, caltech, Duke etc similar to Ivy. Their math level instruction is at a higher level and grad schools recognize that.

Thanks. It says: “We offer Early Decision as an opportunity for students who are ready to commit and would like early notification of their admission status. If you choose to apply to Brown under Early Decision, we ask that you not submit an application to another institution under another early decision, single-choice early action or restrictive early action plan. If you are admitted under our Early Decision plan, you will be required to withdraw all pending applications—including those you may have already submitted to regular, rolling or (open) early action programs.”

I think since University of Chicago offers ED, their EA is okay. I’ll double check though.

Are there safeties and matches you would recommend?

Are there safeties and matches you would recommend?

Scroll back to earlier replies from others to see some matches/safeties. For math, your best bet for matches/safeties are flagship state universities that are not as competitive as UMich or UCB. In addition to what others have said, consider your home state flagship, UMN Twin Cities,U-Wisc Madison, University of Iowa, Ohio State . Math is usually not an impacted major. If you can, narrow down your entire list of matches/safeties so that you have some flexibility to change to another major or double major etc. Doing your research for matches/safeties is harder than listing the top reach schools from USNWR.

I looked at the stats for a few of the LACs. I see that 15-30% of their admitted students are from ED. That’s not as daunting as 50%. Some of them do accept close to 50% of ED applicants though.

Some of them do accept close to 50% of ED applicants though.

That’s not the same as saying “about 50% of admitted students come from ED”. Some colleges are very transparent about this - e.g. Harvey Mudd accepts 38% of its students from ED, even though their ED acceptance rate is about 20%. Other colleges are not so transparent. 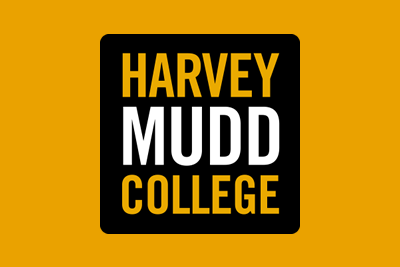 If you’ve flipped through our Viewbook, browsed our website, visited our campus and are thinking to yourself, “This is definitely the place for me,” then Early Decision is the way to go. With Early Decision, you let us know we’re your top choice, and...

Perhaps 50% was a bit of an overestimate from me, but I don’t think it’s 15-30%. many have Ed1, Ed2 etc. Also, overall, they don’t take that many students anyway. A lot of high performing students mistake these top LAC’s for backups and then are surprised they don’t get in.

That’s true. I looked at Haverford’s days for 2018 and it looks like only 16% of admissions were ED. It could have changed more recently though. I also think there is a huge difference between Harvey Mudd and say Macalester.

As a current student, I obviously think that Brown is the best school in the entire world and that you should definitely apply ED, but why Brown? Maybe consider that question and use it to guide the rest of your applications.

He likes the open curriculum at Brown. He wants the opportunity to do math research as an undergrad. Brown also has great courses for someone coming in having already taken Calc 3. He could start with honors linear algebra and not run out of courses.

All good reasons! I know a few people on that exact path (I started by taking 540, which is honors linear algebra, before I decided that math was NOT for me). We also have a strong applied math department if he wants to switch courses a lil. For open curriculum + strength in math, Rochester is a must-have. If you’re worried about running out of math, consider schools with high grad student populations so he can take graduate courses–these might be larger, so maybe look for honors programs with some flexibility. I agree with the previous suggestion of Case Western.

He likes the open curriculum at Brown. He wants the opportunity to do math research as an undergrad. Brown also has great courses for someone coming in having already taken Calc 3. He could start with honors linear algebra and not run out of courses

Harvey Mudd and Chicago would not be good fits for a student who does not want a heavy general education or core curriculum.

Regarding the LACs, check their course offerings carefully to see if the “run out of courses” would be a problem there. Note that upper level math has many subareas, so checking whether any are missing in a small math department may be necessary.

I agree. He feels like it is weird to go with Pomona over Harvey Mudd for math. Pomona has far less core requirements, but Harvey Mudd is the STEM school.

I have heard that LACs are often better at allowing undergrads to do research, and that independent study in math is worthwhile. I’ve also heard of students at Swarthmore and Haverford taking classes at Penn.

I think that for either LACs or universities that study abroad at the math program in Budapest is great exposure to additional math courses.

What are your recs?

A student as advanced as yours will skip most of the large lower level math courses that LAC-seekers want to avoid (and may take smaller honors versions where they are available). Most upper level math courses are small faculty-led courses, so there is not much of an advantage for LACs here (but there could be disadvantages in course offerings in a small math department). The lack of graduate level math courses (which are recruiting grounds for getting into research) at most LACs can be limiting to an advanced math student, analogous to a high school whose highest math course is precalculus.

In other words, a highly advanced student in math is probably the least optimal liberal arts major student for most LACs.

Yes, some LACs have cross-registration with some research universities, but commuting can be an issue for campuses that are not adjacent. Also, check on whether academic calendars are synchronized – if not, then cross registration becomes less convenient.