From Matt about an hour ago:

Congrats to today’s two brilliant challengers for making it an exciting game of Jeopardy today! Let’s celebrate a match well played by Jonathan and Jessica! 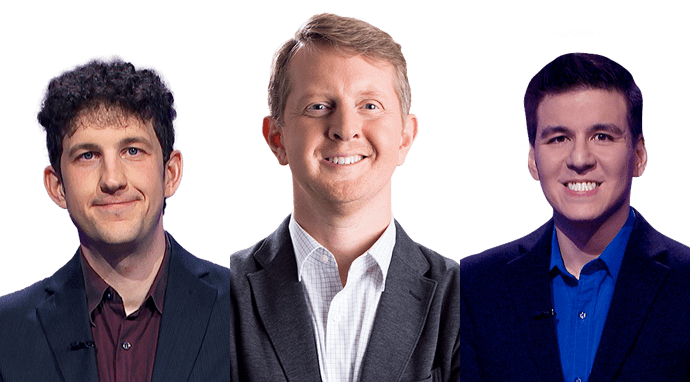 Given the Jeopardy Fan stats show that the average opposition coryat score for Matt’s 39 games was higher than that for Ken’s first 39 games, how may challengers did Ken face in that time who knew what they were doing?

Perhaps on semester break, Matt can visit Poland to see the Alps and the Danube.

Very very interesting stats. Over 39 games, Matt and Ken are virtually equal, and James is head and shoulders ahead. If his streak had continued, James would have obliterated Jennings’ money record. James had almost as much money as Jennings in half as many games.

I tried out for Jeopardy over 35 years ago, back when it was done in person, in California. It was a pretty arduous process - first was a timed written test (not multiple choice) that you had to pass, showing your knowledge and speed. If you scored well enough, you moved on to a mock game, where they tested to see if you could replicate that knowledge/speed in a simulated setting.

Obviously a long time ago, but the current process is similar. You don’t appear on Jeopardy unless you do well in both of those tests. (I didn’t make it)

The contestants who “didn’t know what they were doing” are likely very smart and competent. Some of it is luck of the categories, a lot is the buzzer. If you know the answers but can’t buzz in ahead of your competitors, you may look like you don’t know what you’re doing. I’m sure nerves are a big part as well.

When Matt would get a big lead, usually due to him getting the first double Jeopardy one right, the other contestants often seemed to give up and Matt’s lead ballooned. In his last game once Matt fell behind he seemed to give up.

When you play from the bottom up and someone gets a lead, there often isn’t enough money left on the top of the board to catch up. Particularly if the Daily Doubles are gone. Great if you have a big lead but less great if you are on the wrong side of a big lead. Matt knew that more than anyone on the stage yesterday because he had lived it for 38 shows.

Was very different in the second round. Not sure Matt rang in first for even his share (much less his typical more than 50%) during that round. Jessica beating him to the punch seemed to rattle him. You can tell when more than one contestant knew the answer and buzzed in (when they go from the clue to showing the contestants – I understand that once the host finishes reading the clue, the buzzers go live but if you buzz in early you are locked out for a fraction of a second which makes timing on the buzzer critical). During his first 38 games, when there were more than 1 contestant to try to ring in, Matt came out ahead most of the time (stats show he was just under 60% being first on buzzer and with 3 equally matched contestants you would expect to be about 33% each). That he was getting beaten to the punch which was something he was extremely good at for 38 games seemed to throw him off.

Without the buzzer confidence (which everyone always says is a big advantage for returning champs) he really struggled. Maybe ring in a little faster. Or maybe I was ringing in a fraction of a second early and getting locked out. I think he panicked a little in the last 10 or so clues because at that point he knew he had to get daily doubles because the dollar amounts themselves wouldn’t be enough to catch up. When Jonathan got the last daily double, the look on Matt’s face showed he knew it was over (at least the abilty to control his own destiny was gone).

In the end though it really didn’t matter. If you get final jeaopardy wrong and at least one other person gets it right, your odds of winning absent a runaway are not very good. And if you don’t get any daily doubles, I would think your odds of being in a runaway game (on the winning side) aren’'t very good. Ultimately if you have the Alps in Poland (and that still is surprising to me because Matt was very strong in both history and geography – but given other contestants answers it didn’t matter), your odds of going home are high.

Looking back at their FJ rounds in their losses, Ken was the only one who controlled his destiny. But he missed it. James and Matt didn’t control their destinies. James got his question right but so did Emma so he lost. Matt missed his with the only hope at that point being a triple stumper. And with as much of a cluster as yesterday’s game was, he just needed to convince 2 more people to move the Alps. LOL

Congratulations to Matt on a job very well done. His run came at a time when Jeopardy really benefited from having some stability. Look forward to seeing him again in the Tournament of Champions.

@college_query - I could have written your post except that I tried out in DC. That written test was HARD.

The new contestant, Jonathan is a local to me, I’ve seen him in several Shakespeare by the Sea performances. He’s a good actor, now to see how he does on Jeopardy. 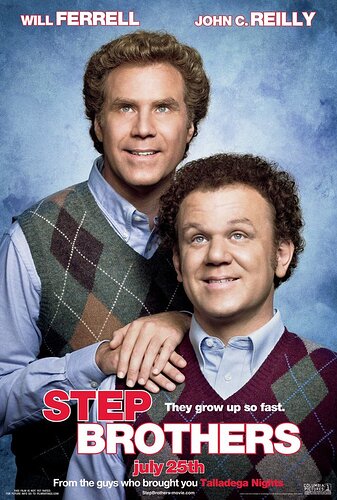 This one was a little off: 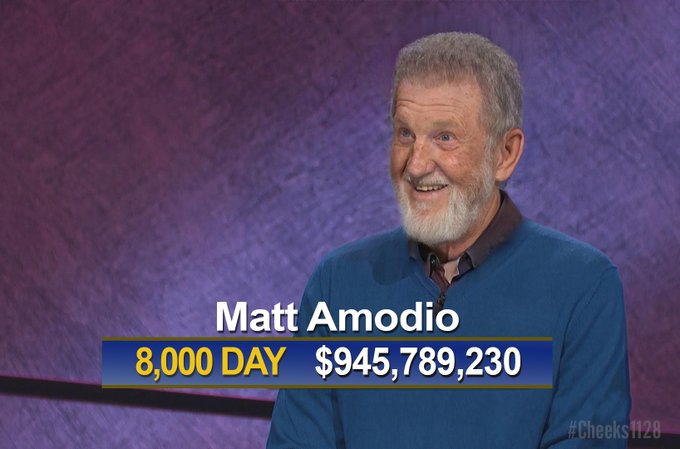 I think Mayim jinxed him! Did Alex used to talk so much about James’ streak? Almost like a baseball announcer saying the pitcher hadn’t given up a home run in 60 innings and then boom! 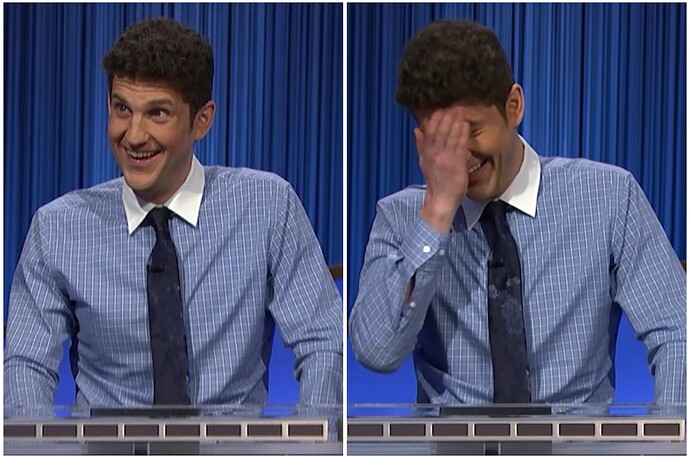 Matt Amodio broke a major superstition on the day his 'Jeopardy!' run ended

Matt also did another Newsweek interview in which he said that his ultimate goal was to beat Ken by $1. At the time he did that interview, I think he pretty much had to have known that he wouldn’t. Unless he is talking about Ken’s all-time Jeopardy winnings. But that would only put him in second place behind Brad.

Brad Rutter is an interesting phenomenon. He played when 5 day champions were retired and was given a car. He won his year’s tournament of champions, but the prize was “only” $100K.

He has amassed over 4 million dollars by winning special Jeopardy tournaments.

When he lost the Greatest of all Time tournament to Jennings, it was the first time he had lost a Jeopardy game.

I found it strange that I could not recall his long run as a champion. That would be because it never happened!

I don’t even recall Brad’s original 5 day run. Just remember him being the Jeopardy tournament king (before GOAT in any event). I think he won something like 17 tournament games. Combine that with 5 regular season wins and its 22 games. Short of what James, Matt or Ken won (though some here think Matt only won at most 4 games because all the other contestants he faced were dummies who didn’t know how to play the game and were presumably lucky enough to spell their names correctly on their podiums tho maybe the staff helped with that). All of Brad’s tournament wins were against multi-game former champions. And his team even won the not-very-popular All-Star Tournament.

Will be interesting to see if there are more tournaments with former champs going forward. Sure they would love to get Ken, Brad, Matt and James in a tournament of some sort. Though not sure if Ken’s stint as host means he cannot compete on the show (he also may want to retire on a win given he was hesitant to even play in the GOAT Tournament).

I think Mayim’s clothing is rather matronly but that might be her comfort zone or reflect her religious beliefs. I do think she is doing a great job as host.

Boy, she looks matronly as heck tonight. And that’s okay!!! (edited to say). Whatever she wants.

I think Mayim’s clothing is rather matronly…

This may be true. However…

The point of the host is to facilitate the game, and make the contestants and people at home comfortable. She is going this well. To me Mayim’s clothing is almost exactly equally conservative as was Alex Trebek’s clothing. I am fine with it and I do not find it to be a distraction.

I think that she is going a very good job. 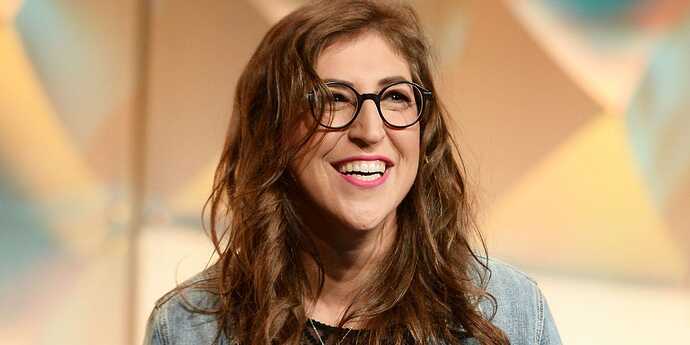 Mayim Bialik said she wore suits while guest-hosting 'Jeopardy!' to look like...

Mayim Bialik, who starred in "The Big Bang Theory" and holds a doctorate in neuroscience, guest-hosted "Jeopardy!" episodes that air through June 11.