essays: n/a, will hopefully be good

chance for duke ED! thank you so much in advance, i really appreciate it!!

If the letters speak well about you - if the coach talks about your leadership and you tell a compelling story -than it seems like you are a good candidate.

That doesn’t mean you’re a likely - because it’s Duke ED. But if it’s your dream and you are sure you can afford it, then it’s worth a try.

18 AP courses, for real? That assumes an average of >4 AP classes/year during high school. Between your academics and ECs, something has got to give. There are not enough hours in the day. I do alumni interviews for one of the tippy top schools and whenever I see something that simply defies credibility (at least in my judgement), I of course rate poorly… Just my 2 cents…

Have you run the NPC for Duke? Do you know if you can afford it? Important to check this before deciding to apply ED.

yup, that’s a good idea. over the summer, i think i’m going to sit down with my parents and complete it for duke and all of my other top choices.

tbh, that’s a rather average amount for some of the more competitive people from my school. but this year (as a junior), my schedule has been nearly all APs. i’d say that i have done a good job with time management, but my grades did suffer a little bit (my UW GPA is a bit mediocre as a result).

Some Qs before I “chance” you:

What years did you get Bs and in what subjects?

What APs are offered that you have not taken? For instance, Chem, PhysC, BC calc?

Do kids around your rank (top 5ish% was your estimated rank) typically get accepted to either Duke or similar top10 peer schools?

What are your AP scores so far?

Ok, then I give you right around average chances for ED, which if I am not mistaken has been 16-20% last two yrs.
Why? Your ECs are above average as is your SAT; you have plenty of rigor; your school seems to get good acceptances in your general range ; BUT you have that unweighted gpa which is below the avg applicant and the Bs happened recently which is somewhat worse than the Bs happening earlier in HS followed by an all-A jr yr. However, all of that is past your control now, so focus on what you can influence: all As for mid-term and 1st semester senior year and really dig in to your essays and spend a lot of time on them. Good luck!

thanks for the response!

I have a hard time with this - discounting someone simply because it seems unlikely. I can see some things as embellishment but in this case the student will have a transcript - so admissions will see it…or not.

But I’m not sure how you can be down on someone if they are telling the truth and there’s no reason to think the student isn’t.

In this case, it’s easily verifiable.

Seriously, observer33? I do alumni interviews as well for one of the most selective (if not the most selective) universities, and it is not our role to make judgments about the feasibility of a student’s schedule. Saying you rate students poorly when, in your opinion, they don’t have time to do everything they listed, strikes me as beyond your role and a poor representation of your school. I strongly suggest you review your training manual and/or seek guidance from admissions.

I agree. I’ve been doing alumni interviews for last 12 years or so at an Ivy and I would not do this. We don’t get the student’s academic or EC information. We only have what the student shares in our conversation. It’s the AOs job to assess their credentials, not ours. Our role is to get to know the student beyond the application and share that with admissions.

I’ve had several kids spin me a bull$%#t story (all from the same school, btw). I just let them talk. A little subsequent Socratic method gives me what I need. I then recount that story and the answers (or lack thereof) in my report. That’s all we can do. The AOs will use it as they see fit. And they don’t always get it right.

Are you ending your junior year now…or starting it in fall 2022?

@DadSays Exactly! That’s what we do for alumni interviews as well. A factual account of the interview to give a fuller picture of the applicant— it’s up to admissions to make those types of judgments.

various awards in speech and debate; state champion + national finalist (also ranked first in the nation for my event)

This and the national leadership are the most relevant things on your resume. The 18 APs are ok. Would be really nice if your class rank moves up.
If you get to within the top 2-3%, Duke ED doesn’t seem difficult.

I used be a former alumni interviewer for Duke, and I know the process well. The Duke interviewer does not receive your grades or scores. In fact the only thing they will get is your name, high school, email address and your potential major. And whether you apply to Trinity or Pratt. Thats it.

The alumni interview is almost meaningless. Whatever they write has very little influence. So as long as you don’t completely botch the interview, it won’t really have an impact.

Having said that, your chances are tied to a lot of other factors, namely institutional needs: geography, URM status, major, full pay status, etc. There is a good article in the Duke Chronicle that outlines how the Dean decides who to admit in a process he calls sculpting. Good luck!

Here is a link to the article I mentioned. It describes how the Dean goes through everyone after deliberations to fine tune the class. In the article they also verify that mega-donors and athletes have a leg up. 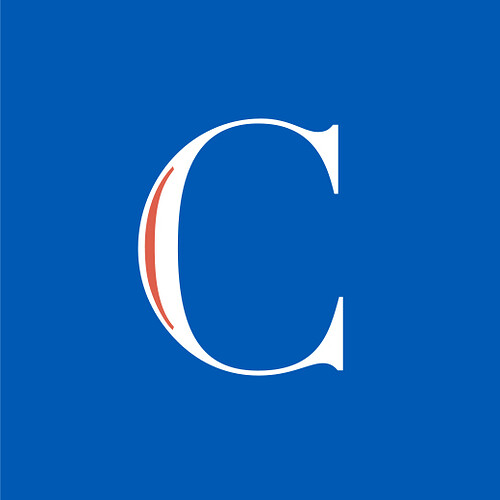 To Dean of Undergraduate Admissions Christoph Guttentag, there are ultimately two factors that determine the size of the envelope an applicant receives: what Duke can do for the individual and what...

hi! any reasoning for this specific number by any chance?