This Is Us. Anyone watching?

If the cabin is in the poconos, it could be close. I live in NE NJ and can get to the poconos in an hour, my IL’s are in NW NJ and and are 10 minutes away.

I didn’t realize that it was that close! It makes even more sense than I thought.

It really would be something if Metz has lost weight and has been wearing a fat suit this year!

I thought about that, but she’d have to wear it all the time, doing publicity and such. Who would have that much dedication?

Who would have that much dedication?

Y’all, I’m going to miss this thread, too.

I’m wondering if maybe the painful part of next episode would be Rebecca no longer recognizing any of her children.

I think the move for Madison seemed beneficial. Cash in the old house, move to the country. Not sure though whether they were thinking of it more as a temporary gig.

I thought about that too. Episode is titled The Train. Earlier this season, Rebecca struggled to remember the word Caboose. Maybe now its the whole train/everything that she cannot recall. At some point you expect her to get there. And Randall says to her in one of the flash forwards that “Its Randall. Your son, Randall.” 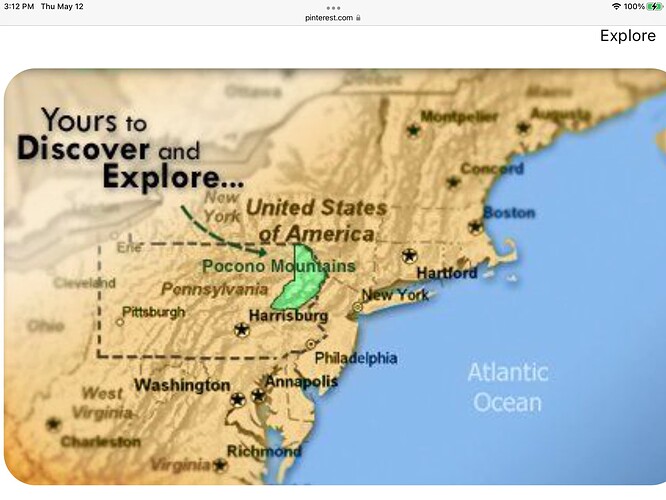 Thanks for that. Pittsburgh is a lot closer to the Poconos than Massacusetts is to the cabins near ours.

We will all watch the Big Three + Beth spin off together!!

Finally watched this weeks episode. Another tear-jerker. I was in charge of my dad his last 5 years (4 in Memory Care) and my mom’s husband is dying of cancer. So a lot of this hits home.

We will all watch the Big Three + Beth spin off together!!

I would watch just a Beth spin off - haha! I love her!

Are Madison and the kids moving to the cabin or to NJ? Even the single parents I know with great relationships with their co-parenters would not want to live that close to one another. Never mind their significant others wanting to be that close to their spouse’s ex.

Are Madison and the kids moving to the cabin or to NJ?

Kevin has already been in a car wreck. I would find it pretty ridiculous if he’s in another one.

The name of the show is “Train”. I’m going to be covering my eyes if anyone is near one.

I was thinking the title “The Train” might refer to each family member taking turns with her for a 1-on-1 final visit - like a train stopping at each station. We saw a clip of Beth’s turn.

This is gonna be a real tear-jerker for those of us who remember similar final goodbyes, real or regretfully missed.

I felt in the end, Kevin did what Rebecca didn’t want him to do. To quit his acting career and move to the cabin and take care of her. I thought that wasn’t what her wishes were.

I think what Kevin did is not in conflict with his mother’s words. Acting was not his fulfilling life purpose. In taking care of her, he became like his father, and he became a better, selfless person that made sense for Kevin’s personal trajectory.

“You will not make your lives smaller than me. This thing that is happening to me, will not be the thing that holds you back. Take the risks. Make the big moves… Forge ahead with your lives in any direction that moves you… I’m asking you to be fearless.”

Kevin’s life does not become smaller by taking care of Rebecca. It doesn’t hold him back. He takes the risk; he is fearless. Kevin makes the big move based on the shortcomings he had earlier in life, because it moves him to do so.