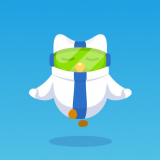 intparent 36291 replies644 threads Senior Member
July 2017 edited July 2017 in College Essays
One mistake I see repeatedly is students who feel that they MUST answer the prompt as closely as possible. They have been dutifully trained to do so their whole lives. It is what gets you an A in school. But this is the one time when that isn't necessarily the best policy.

Remember this:
- The admissions officer reading your essay did not write the prompts. Their goal really isn't to know the answer to the prompt. It is to know you.
- The question they are trying to answer is what else is there to you that doesn't show up in the rest of the app that should make them want you on campus? The essay is what makes you 3D to them. It is a chance to show them what makes you tick and what could make you a positive addition to their campus.
- Sure, you need to loosely answer one of the prompts. But figure out what you want to tell, then fit it to a prompt.
- A great essay can turn on a small thing. One of my kids had an essay published as an example of "how to" for college essays. It included a description of trying out her foreign language skills on the host family's dog in a foreign country -- it was only a part of the essay, but it had some self deprecating humor that I think really made the essay. My other kid wrote about how she has secretly been imitating a famous literary figure since middle school with some serous and some funny results. She got in everyplace she applied, including some top schools, even with a slightly soft GPA.
- Those poor admissions officers read hundreds of essays on the same prompts every year. Unless you have a whale of a sob story (immigrant boat people or homelessness type big), my advice is to look for something positive to write about. Things that seem huge to a teen (secrets about sexuality, overly religious parents, abusive parents, etc) are not uncommon themes, but also don't really make you stand out in a positive way.
- Anything about mental health is a bad topic. Even if you think you've licked it, they know it could come back. And they would rather not deal with that on campus.
- The admissions officer has to meet with the team and make a case for you. They'll shorthand you as they debate it -- it is probably better to be the "kid who loves reciting Chaucer " than the "depressed kid from Connecticut".
- Teens are notoriously terrible at judging the quality of their essays and how they will come across. They are also awful judges of whether any humor they've included is funny to an adult. Get an adult editor who has some understanding of the admissions process.
July 2017 edited July 2017
96 replies
44 · Reply · Share
«12345»

Replies to: Essay Tips to Consider